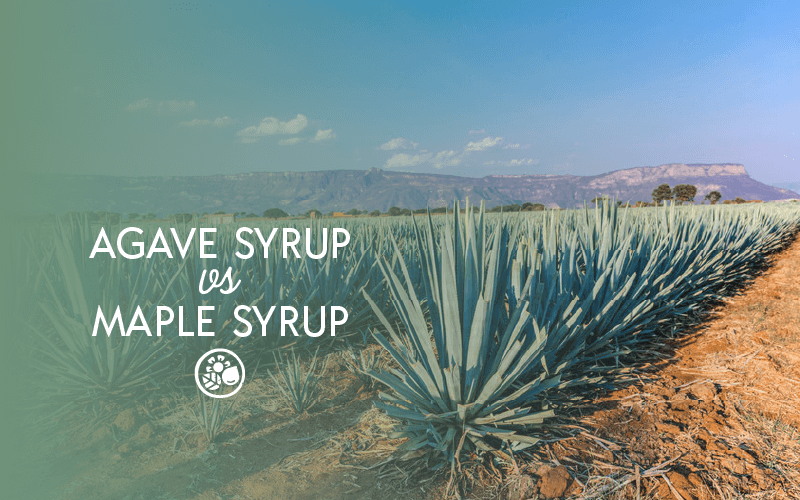 Those of us with a sweet tooth are always on the lookout for healthier alternatives to the pure white sweet stuff we’ve all grown to love and hate simultaneously. Two of such alternatives would be agave syrup and maple syrup. How do the two stack up when compared with one another, though? Is one healthier than the other? In this post we’ll be delving into all of the details as we compare agave vs maple syrup.

In short, the primary difference between agave vs maple syrup is that agave has half the calories, less sugar, and a lower GI. However, it also contains far more fructose than maple syrup does.

Continue on for a more in-depth comparison.

What Is Agave Syrup? 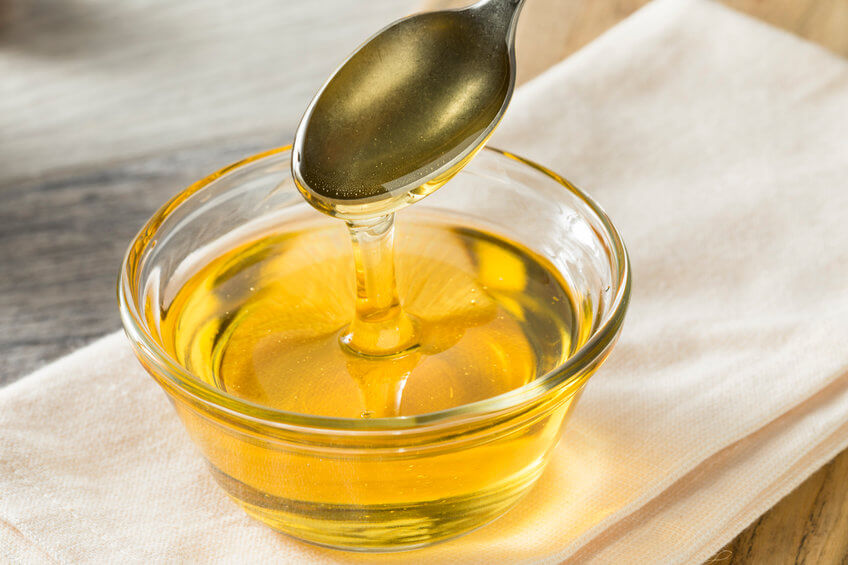 Agave syrup comes from the nectar of the Agave plant — a genus of the Asparagaceae family that is native to Mexico and arid regions of the United States.

Agave syrup is made by concentrating the plant’s nectar into a highly refined syrup which is then pasteurized.

Agave syrup has grown in popularity in various health circles as it is about 1.5 times sweeter than sugar, yet it has less calories and a lower glycemic index (GI).

Considering this, it may appear as if agave is preferable to other sugar-based sweeteners, such as maple syrup. However, it should be noted that agave syrup contains far more fructose per serving than maple syrup does.

Fructose, unlike glucose, can only be metabolized by the liver. And when consumed in excess it can lead to health complications, such as non-alcoholic fatty liver disease.

What Is Maple Syrup? 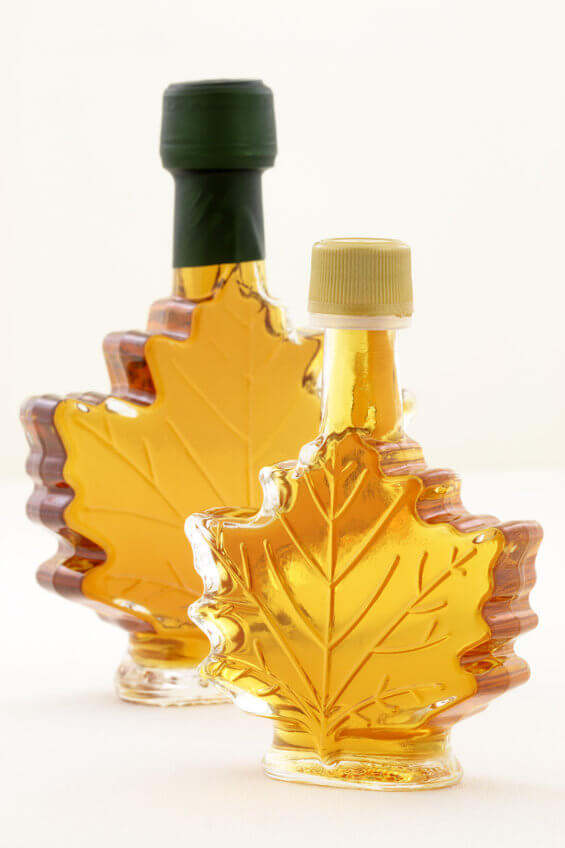 Now let’s have a look at maple syrup — another sweet alternative to plain old sugar.

Maple syrup is made by boiling the sap of certain maple trees until it thickens and becomes concentrated. The sap is then filtered and bottled as syrup.

Maple syrup contains various vitamins, minerals, and antioxidants that aren’t found in other sweeteners. These nutrients include calcium, potassium, manganese, magnesium, and phosphorus.

When compared with agave syrup, maple syrup has a higher calorie content. However, it also has a lower fructose content, which makes it easier for the body to metabolize.

Maple syrup also contains more sugar than agave does, but this is primarily made up of sucrose — a type of complex sugar that is broken down by the body into glucose and fructose at a ratio of 1:1.

Now that we’ve gone over the core differences between agave vs maple syrup, let’s have a closer look at how the two compare in terms of nutritional content.

By comparison, a single 1 tbsp serving of maple syrup contains:

Possibly the biggest factor to keep in mind when choosing between agave vs maple syrup is the fructose content.

Although agave syrup has significantly less calories and sugar, that doesn’t automatically make it the healthier option. The majority of the sugar found in agave nectar is from fructose.

Fructose is mostly innocuous when consumed in small quantities — especially when packaged with other vitamins, minerals, and fiber; as is the case with fruit. However, when consumed in excess, fructose can lead to various health complications.

Agave syrup makes it easy to consume fructose in excess because of how highly concentrated it is.

Fructose poses a problem because only the liver can metabolize it, and when the liver is overwhelmed with fructose, it gets converted into fat. This can lead to non-alcoholic fatty liver disease — a condition where too much fat accumulates in the liver, leading to inflammation and scarring. 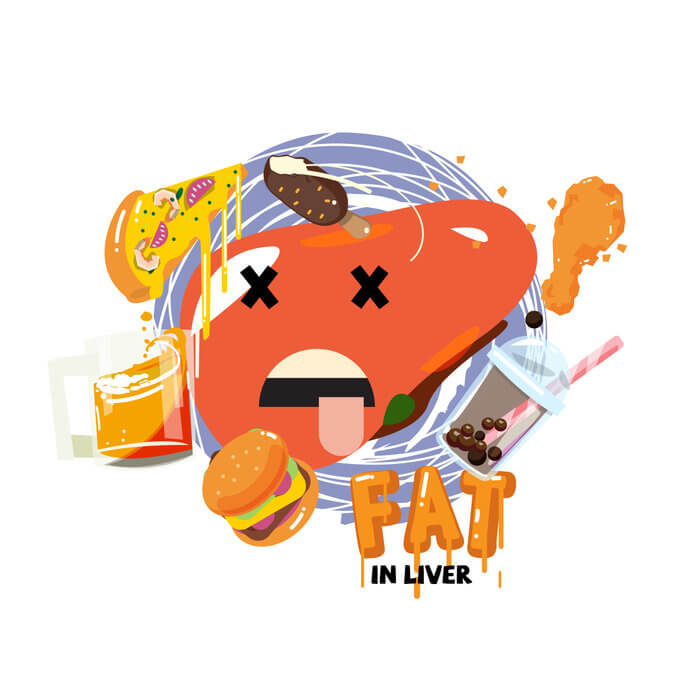 It should be noted that agave syrup contains more fructose than virtually any other sweetener, making it a poor choice for anyone looking to limit their intake of fructose.

Maple syrup doesn’t have nearly as much fructose as agave nectar does. In fact, of the 12g of sugar found in a single tbsp serving of maple syrup, only 2g is from fructose. The rest is made up of glucose — another simple sugar which, unlike fructose, can be metabolized by the entire body.

While both agave and maple syrup contain small amounts of vitamins and minerals, maple syrup does contains more.

Vitamins and minerals are essential to good health because they help the body perform various vital functions. They’re also necessary for the proper development and function of organs and various tissues in the body.

Some of the vitamins and minerals found in maple syrup include calcium, potassium, manganese, magnesium, and phosphorus.

Agave nectar only contains a fraction of the vitamins and minerals that maple syrup does. And while this might not be a big deal if you’re only using a small amount of agave syrup, it could have an impact if you’re using it regularly or in large quantities. 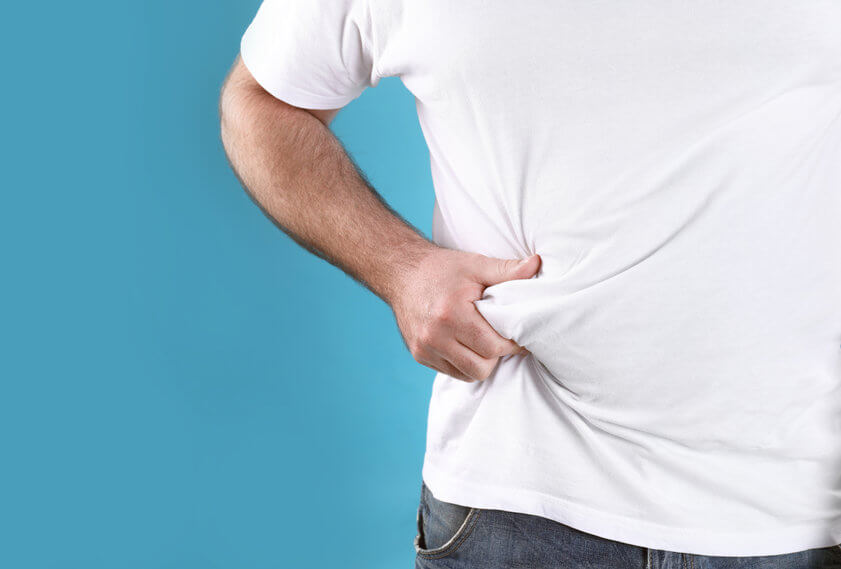 If calories are all that matters to you then the winner between agave vs maple syrup is clear. Agave syrup contains less then half the calories per serving as maple syrup! This is mostly due to the lower sugar content.

Calories are important because they’re a way of measuring food intake and maintaining energy balance. Too many calories can lead to weight gain, whereas too little calories can result in weight loss.

For those looking to keep their calories low at all costs, agave syrup provides an enormous advantage.

Agave Has A Lower GI

The glycemic index (GI) is a way of ranking carbohydrates based on how they impact blood sugar levels.

This is important because high blood sugar levels can lead to various health problems, including type 2 diabetes.

So, if you’re looking for a sweetener that won’t cause your blood sugar to spike as rapidly, agave nectar is clearly a better choice.

Maple syrup also contains more vitamins, minerals, and antioxidants than agave does. So, if you’re looking for a sweeter option that’s also more nutritious, maple syrup is the better choice.

On the other hand, if you’re trying to limit your intake of simple sugars or are looking for a low-calorie option (and are fully aware of the risks associated with excess fructose consumption,) agave syrup would be a better fit.

Those seeking additional sweetener alternatives can check out date syrup and honey as well.