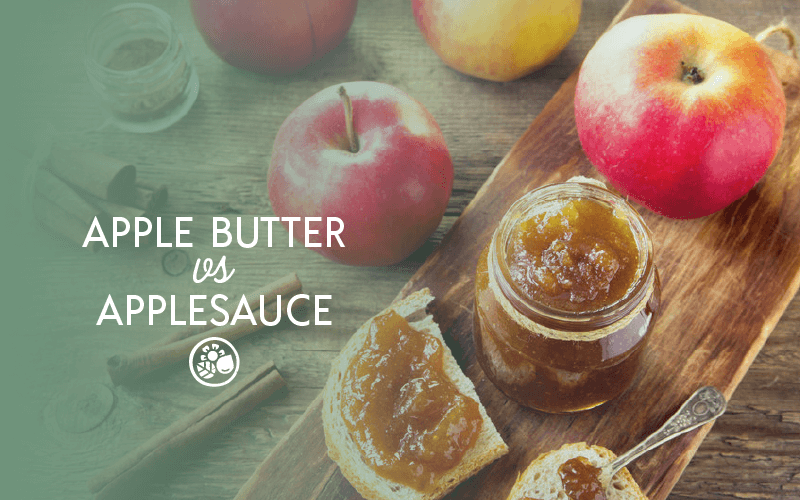 Apple butter and applesauce are both apple-based products that can be consumed as a snack, spread, topping, ingredient, or side dish. What are the differences between the two, though? In this article we’ll be comparing apple butter vs applesauce and exploring all of the reasons why they’re so different, despite having the same ingredients.

Let’s dig into the details!

What Is Apple Butter? 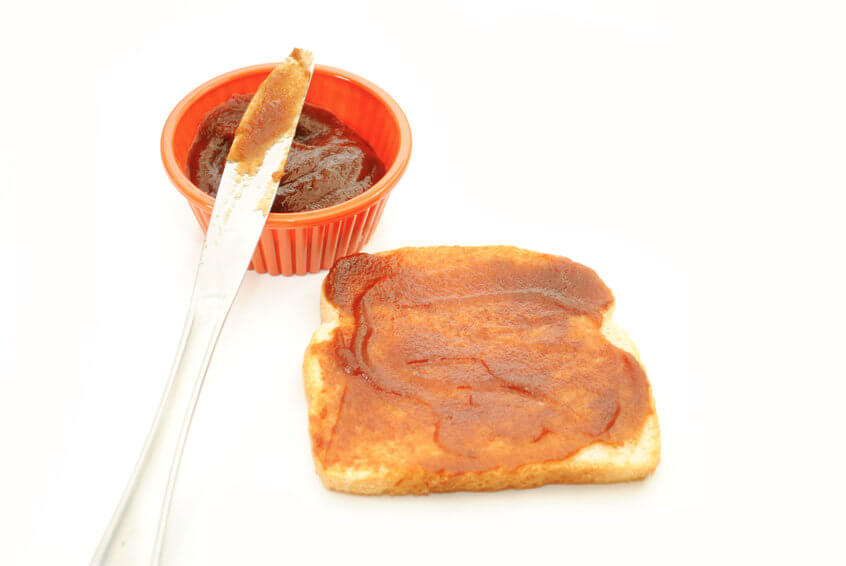 Apple butter is a type of fruit butter made by slowly cooking down apples until they turn into a thick, dark brown paste. The mashed apples can then be chilled and mixed with spices like cinnamon, cloves, and allspice to create a sweet, creamy spread.

Apple butter can be used in a variety of ways, including:

Related: check out 16 ways in which apple butter can be used! 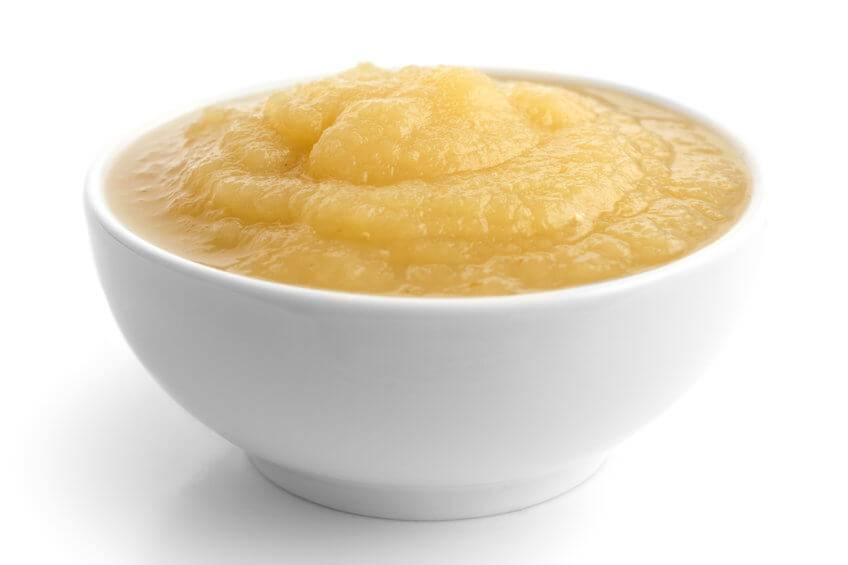 Much like apple butter, applesauce is also made by grinding down apples to a fine pulp. The main different is that, unlike apple butter, the pulp is not refined further. Instead, it is packages, served, and consumed as-is.

However, that’s not to say that applesauce is always preferable to apple butter. Apple sauce can used quite differently than apple butter, including:

Now that we’ve briefly touched on what both are and how they’re traditionally used, let’s have a look at how they compare to each other.

Let’s have a look at how the two stack up nutritionally. Having been made from the same product, you may assume that they’re nutritionally-identical, but that’s not entirely true.

This popular brand of applesauce only contains a single ingredient:

One minor advantage that applesauce has over apple butter is that it requires one less step to make it.

As we discussed earlier, apple sauce is essentially apples that have been ground to a fine pulp. Apple butter is made the same way, but it is then heated and refined down into a paste to give it a creamier texture.

This added step refines the product further though, which changes its nutritional contents slightly, which impacts the way your body metabolizes it.

Touching on the previous point about applesauce being less refined, that same refining process is believed to be what strips the fiber away from apple butter.

Fiber is an indigestible form of carbohydrate that can help regulate digestive and may also help to lower cholesterol levels, according to Mayo Clinic.

While some brands of apple butter may contain trace amounts of fiber, applesauce clearly contains more per serving, seeing as how it is not stripped away in the refining process.

Because applesauce is less processed, that also means that it (usually) contains less added ingredients. But this can vary by brand.

Based on the brands of apple butter and applesauce surveyed, apple butter seems to require an added ingredient — apple juice concentrate — whether it be to aid in the refining process or to simply add sweetness and flavor.

Refined fruit juices can be problematic because they contain fructose. Fructose is a type of carbohydrate that, unlike glucose, can only be metabolized by the liver. When consumed in excess it may trigger fatty liver disease.

Applesauce Has No Added Sugar

This tends to vary by brand, but another benefit of choosing applesauce over apple butter is that it contains no added sugars.

Added sugars are problematic because they’re flavorful and calorically-dense, making it easy to overeat the foods they’re found in.

It should be noted though that although applesauce has no added sugar, it does contain significantly more sugar per serving. So if you’re looking to restrict your intake of total sugar, it may be wiser to reach for the apple butter.

One distinct advantage you’ll enjoy when opting for apple butter vs applesauce is that it contains far less calories per serving.

This may be slightly misleading, though. Because apple butter is commonly used as a spread or dip, the serving size is typically much smaller (in weight and volume) when compared to applesauce.

This is still a relevant factor, though. As we’ve touched on already, the main difference between these two apple-based products is the way that we consume them.

Now that we’ve pitted the two against each other and examined all of their differences, let’s conclude our comparison of apple butter vs applesauce by noting that they are both healthy, plant-based alternatives that are naturally low in fat and are an excellent way to add a touch of natural sweetness to various dishes and recipes.

In the end, both have more commonalities than differences. And why wouldn’t they? They’re both made from the same essential ingredients. The biggest difference is in the way they’re used, making this apples-to-apples comparison mostly a matter of personal preference.