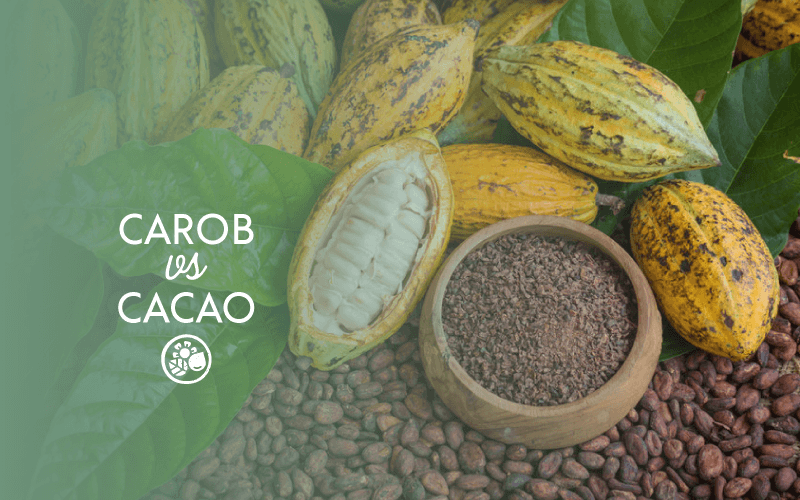 Both carob and cacao are alternatives to traditional cocoa powder that are often sought after by health-conscious dieters, and rightly so. Each have numerous benefits independent of the other, and in this article, we’ll be comparing carob vs cacao so you can decide which set of benefits is most suitable for you.

In short, the main difference between carob vs cacao is that carob is a caffeine-free alternative that tastes like chocolate and contains more calcium and less fat. Cacao, on the other hand, has less sugar and more protein, electrolytes, and minerals.

Let’s dig a little deeper into these details.

Carob powder comes from the pod of the carob tree, which is native to eastern Mediterranean regions. The carob tree can grow up to 50 feet tall and produces pods with seeds inside of them. The pulp of the carob pod is dried and ground into a fine powder. 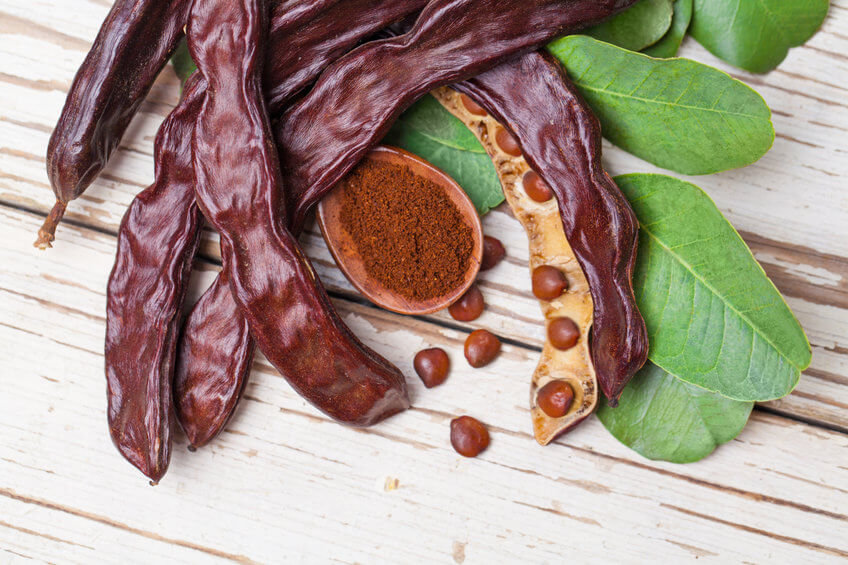 Carob powder can be used as a 1:1 cocoa powder replacement in baking recipes. However, it should be noted that you may need to adjust for any added sugars due to carob’s natural sweetness.

Although carob is not chocolate, it resembles it in appearance and even tastes somewhat like chocolate. Health-conscious consumers often choose carob vs cacao because, unlike its chocolatey cousin, carob does not contain caffeine.

Carob has many uses and benefits, some of which include:

The term “cacao” refers to the raw, unrefined beans of the cacao tree, and is often confused with cocoa powder. 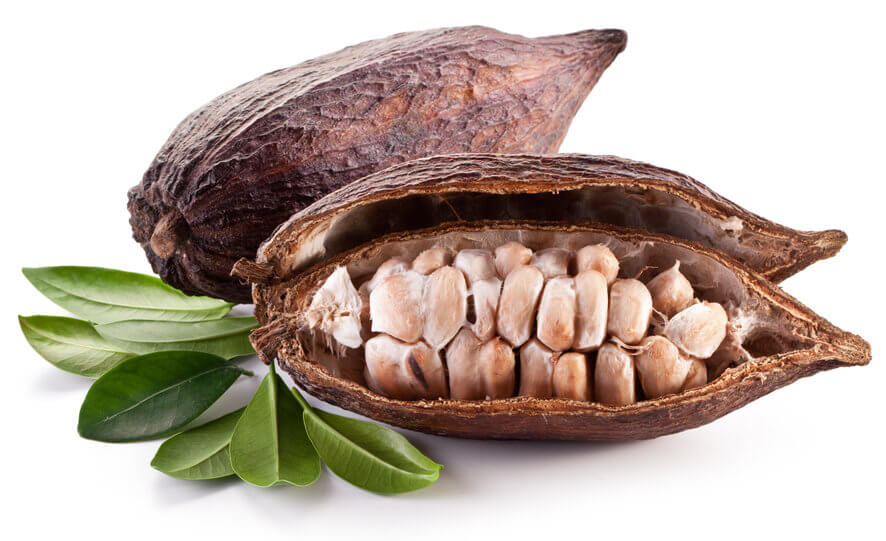 According to Lake Champlain Chocolates, cocoa powder is made from cocoa beans that have been roasted and ground.

Cacao powder, on the other hand, is made from ground cocoa beans that have not been roasted.

They are essentially the same, but the difference is how they’re processed. One is a raw food, the other is not.

One advantage cacao powder has over cocoa powder is that it contains more antioxidants. It is believed that the reason for this is that cacao is not heated to the extent that cocoa is. Cacao also has plenty of other health benefits to be enjoyed.

As far as taste goes, cacao has a stronger flavor and is more bitter than cocoa. Carob, on the other hand, is much sweeter as it contains more natural sugar.

Much like carob, cacao too can be used as a 1:1 substitute to cocoa powder in baking recipes. And unlike carob powder, you won’t need to adjust for sweetness as cacao’s sugar content mirrors that of cocoa.

Carob VS Cacao: The Differences

Let’s have a look at how carob and cacao compare with each other, starting with their nutritional contents.

The following table compares the nutrition facts of carob powder and cacao powder:

As indicated above, both carob and cacao are similar in caloric content and total fiber. They’re also excellent sources of flavonoids. That aside, there are some contrasting differences worth noting.

Carob Has No Caffeine

The marquee difference between carob vs cacao is that carob is naturally caffeine-free. Cacao powder, on the other hand, contains 64.4mg of caffeine per 1-ounce serving.

For most healthy adults, the US Food & Drug Administration considers 400mg of caffeine per day to be an amount that is generally not associated with negative effects.

Substituting carob for cacao is a great way to avoid caffeine consumption. Just make sure to adjust the recipe for sweetness!

Another advantage that carob has over cacao is that it contains more than twice as much calcium per serving.

Calcium is an essential mineral that is important for maintaining strong bones and teeth. It also helps with nerve and blood vessel function, as well as muscle contraction.

Just a single 1-ounce serving of carob powder will provide you with 10% of the Daily Value.

Carob also has cacao beat when it comes to fat content. Clocking in at only 0.2g of fat per 1-ounce serving, a similar serving size of cacao packs 3.8g of fat — nearly 20 times as much!

What’s more, most of the fat in cacao powder is saturated fat, which is considered an unhealthy fat by the National Library of Medicine.

Now that we’ve gone over the benefits of carob vs cacao, let’s have a look at some of the areas where cacao shines brightest, starting with sugar.

Possibly the greatest advantage that cacao has over carob is that it contains hardly any sugar, whereas carob packs nearly 14g per ounce.

This means that those who are seeking to limit their sugar intake could benefit from opting for cacao powder instead.

Cacao powder is also a richer source of protein than carob powder, containing a whopping 5.5g per ounce compared to carob’s 1.3g.

Protein is essential for supporting the growth and repair of tissues throughout the body, as well as the growth and development of children, teens, and pregnant women.

Athletes, gym rats, and fitness enthusiasts alike who follow a vegan, vegetarian, or other plant-based diet may struggle to reach their daily protein intake goals. Cacao powder is a great way to supplement your diet with some plant-based protein.

Another area where cacao outshines carob powder is when it comes to potassium.

Potassium is an essential electrolyte that is responsible for managing fluid balance in the body, among other things. According to Harvard Health Publishing at Harvard Medical School, potassium helps to relax blood vessel walls, which can lower blood pressure.

A single 1-ounce serving of carob powder will provide you with 232mg of potassium, whereas a similar serving size of cacao powder packs nearly double the amount, clocking in at 427mg.

Each of these serves an important role in the body, and cacao powder contains significantly higher quantities of each.

In conclusion, when comparing carob vs cacao it is important to acknowledge that they each pack a big nutritional punch and have plenty of benefits to offer. That said, they do have some differences between them, and they are significant enough to be noteworthy.

The one you should choose will depend entirely on your own dietary needs and what you value most.

link to Agave Nectar VS Agave Syrup | The One Important Difference

Thanks to its natural sweetness and lower glycemic index than more traditional sweeteners, agave has grown in popularity among health-conscious consumers with a sweet tooth. There's a variety of...

By now it's probably no secret that fresh pomegranates are nutritional powerhouses, packing vitamin C, fiber, and various antioxidants. What about pomegranate powder, though? Do these benefits carry...