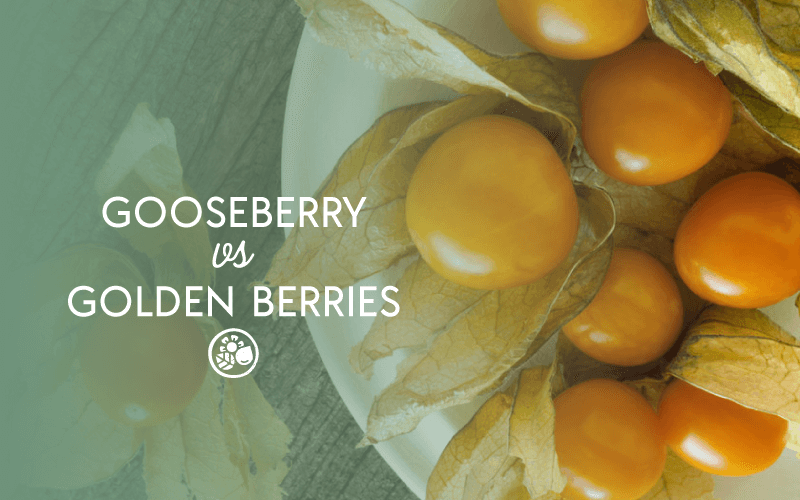 No doubt gooseberries and golden berries appear to be one in the same. Color aside, they each share similarities in their size, texture, and are even from the same family. Despite these apparent similarities, though, they are actually quite different; and in this article we’ll be going over all of the major differences between gooseberry vs golden berries.

Let’s dig a little deeper into the details.

Indian gooseberry (Phyllanthus emblica) — also known as “Amla” — are a small, round, green berry that is native to India. 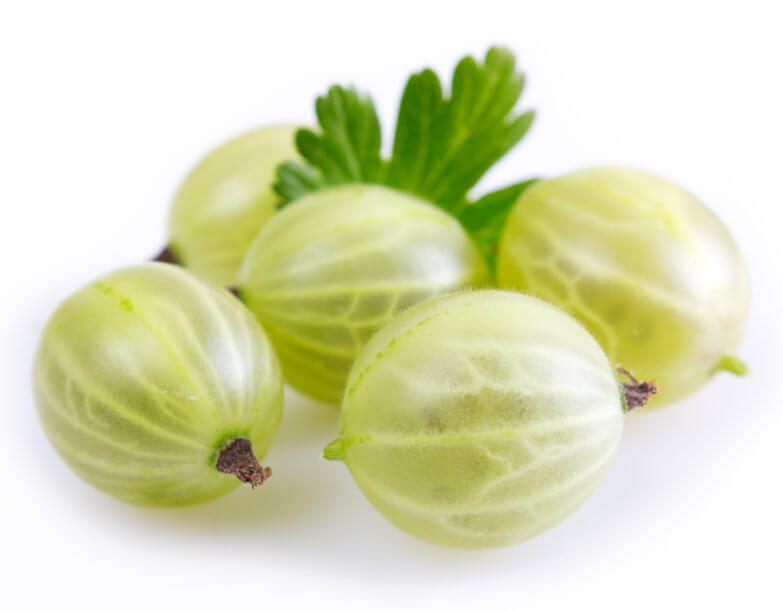 Gooseberries are known for their tart, acidic flavor and slightly crunchy texture. They also contain high amounts of vitamin C, potassium, and various vitamins and minerals, making gooseberries a great choice for those seeking a fresh fruit that is packed with nutrition.

Additionally, the vitamin C in gooseberries is stable at high temperatures — a somewhat rare characteristic that makes gooseberry/Amla popular among supplement manufacturers.

Golden berries, much like gooseberries, are small round berries that are similar in size and appearance. The main difference is their color, which ranges in shades of yellow, orange, and red. 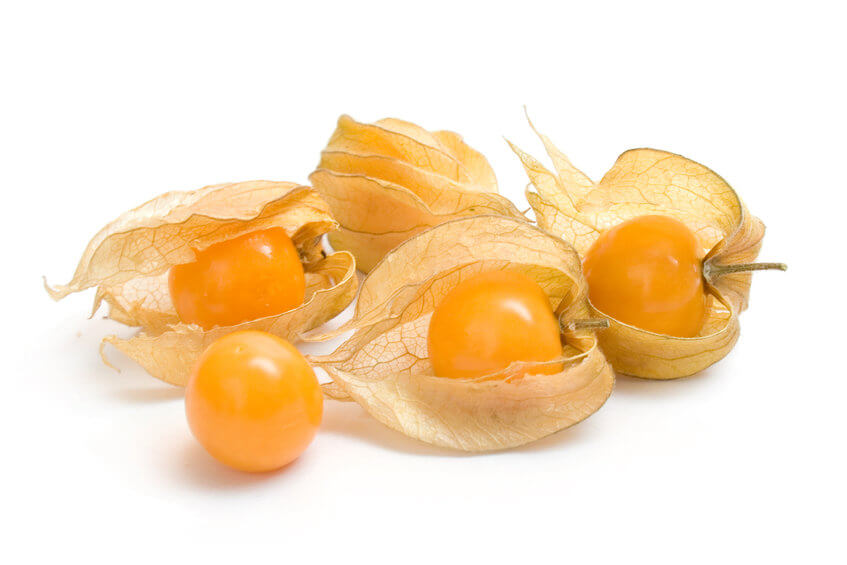 Also known as “Physalis peruviana”, they are native to South America and go by a variety of alternative names, including:

Golden berries have a sweet and tangy sort of taste that you would expect from a tropical fruit.

One commonality between gooseberry vs golden berries are that they’re both packed with vitamins and minerals — including vitamin A, vitamin C, and iron.

Now that we’ve briefly touched on the backgrounds of each of these berries, let’s see how they stack up when compared with each other.

There is certainly a difference in taste between gooseberry vs golden berries. Gooseberries have a sour, acidic, and slightly astringent taste — due primarily to their high levels of citric acid.

Golden berries, on the other hand, are much sweeter with a tangy flavor that is more comparable to apricots or peaches.

Let’s have a look at how these two varieties of berry stack up in terms of nutritional contents.

The table below compares the nutrition facts for an equal weight serving of Indian gooseberry and golden berries.

As indicated above, both gooseberry and golden berries are packed with nutrition. However, there are some stark differences between the two. Let’s elaborate.

One of the biggest differences between gooseberry vs golden berries is the calorie content. Since golden berries are more dense, they contain more calories per gram, as indicated in the nutrition facts table above.

A single 100g serving of golden berries contains nearly seven times as many calories as an equal weight serving of gooseberry!

This means that those looking to restrict their calorie intake will get far more bang for their buck by choosing gooseberries. Their low calorie count means you can eat a larger volume of them, helping you feel more satiated.

Possibly the greatest advantage gooseberries have over golden berries is that they contain significantly more vitamin C.

Vitamin C is an essential vitamin that contributes to the health of your immune system and is also a powerful antioxidant.

According to the National Institutes of Health, it is recommended that adult men ages 19+ get 90mg of vitamin C per day, whereas adult women of a similar age require 75 mg per day.

Just a single 100g serving of gooseberries will provide with you 46% of your RDA of vitamin C! Golden berries are no slouch either, clocking in at 36%.

Another benefit of choosing gooseberry vs golden berries is that they contain far more potassium.

Potassium is an essential mineral and electrolyte that is partially responsible for controlling the electrical pulses in the body and regulating fluid balance. It can also help in reducing blood pressure, according to Harvard Health Publishing at Harvard Medical School.

One area where golden berries have gooseberries dead to rights is in the fiber department.

Fiber is an indigestible type of carbohydrate that is responsible for removing waste from the body. It helps keep you regular by promoting good digestive health, and is also beneficial for maintaining blood sugar levels and lowering cholesterol, according to Mayo Clinic.

Mayo Clinic recommends that adult men get anywhere from 30g to 38g of fiber per day, whereas adult women of similar age require 21g to 25g.

A 100g serving of golden berries contains nearly 18 grams of fiber, while gooseberries only have 4.3 grams.

This means that golden berries can help you reach your daily fiber goals with ease, while gooseberries will only make up a fraction.

Golden Berries Have More Vitamin A

Golden berries also have a leg up on gooseberries when it comes to vitamin A content.

Vitamin A is an essential nutrient that is responsible for maintaining healthy vision, according to the National Institutes of Health. It is also necessary for proper function of the immune system.

The Recommended Dietary Allowance (RDA) for vitamin A is 900mcg for adult men and 700mcg for adult women, according to the National Institutes of Health.

Just a single 100g serving of golden berries provides you with 107% of your RDA, while gooseberries only give you 6%.

Iron is an essential mineral that is responsible for carrying oxygen throughout the body, according to the National Institutes of Health.

Iron deficiency can lead to a condition called anemia, which is characterized by a lack of red blood cells in the body. This results in feelings of fatigue and lethargy due to oxygen deprivation.

The National Institutes of Health recommends that adult men get 8mg of iron per day, whereas adult women require 18mg.

Not surprisingly, golden berries have far more iron than gooseberries do. A single 100g serving of gooseberries provides you with a meager 1% of the RDA, whereas golden berries pack a whopping 17%, making them an excellent choice if you’re looking for ways to increase your iron intake.

Finally, golden berries also contain more than 3x as much magnesium as gooseberries.

Magnesium is an essential mineral that is responsible for a multitude of functions in the body, including managing blood pressure, heart rhythm, and keeping your bones strong.

In concluding this comparison of gooseberry vs golden berries, it is clear that both are excellent sources of nutrition. However, golden berries are more calorically dense and have more fiber, vitamin A, iron, and magnesium than gooseberries.

If you’re looking for a way to increase your intake of these essential nutrients, then golden berries may be the better choice for you. However, that’s not to say that gooseberries don’t have much to offer as well!