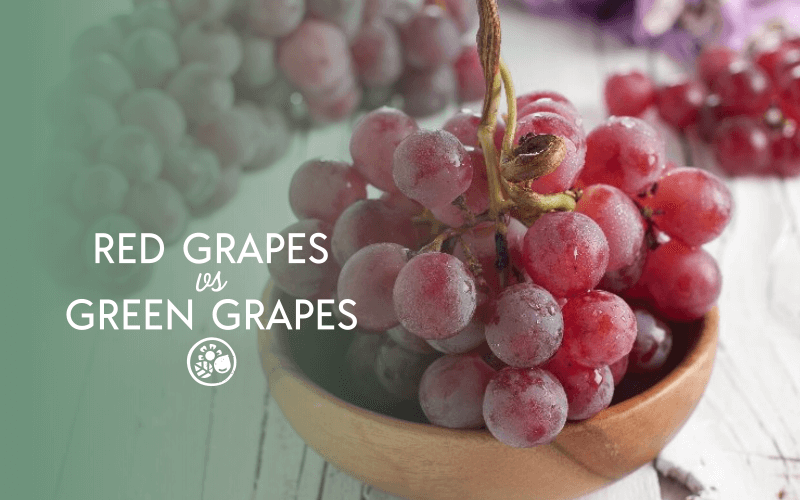 Grapes are beloved the world over due to how tasty, cheap, and accessible they are; not to mention the nutritional punch they pack, consisting of vitamins and antioxidants. Furthermore, grapes come in a variety of colors, with each having its own unique traits. In this article we’ll be comparing green grapes vs red grapes to determine if there is any significant difference between them.

In short, the biggest difference between green grapes vs red grapes is their taste, with the red variety being sweeter and not as bitter as the green kind. They are identical nutritionally, although red grapes do have higher concentrations of resveratrol– an antioxidant found in the skin of grapes.

That said, let’s have a closer look at how the two compare.

All About Green Grapes

The grape recognized today as the “green” grape is also known as a Sultana and originally contained seeds. 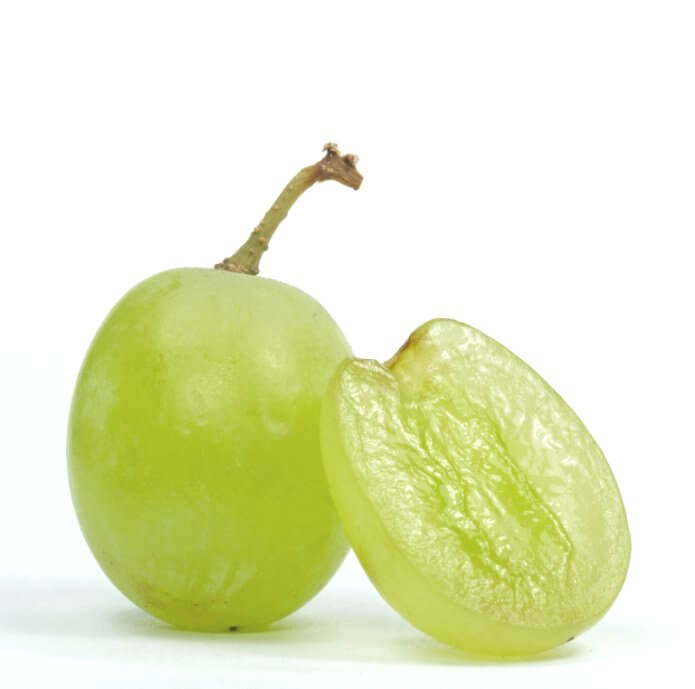 In the late 1800s, a California-based farmer named William Thomas developed the Sultana into a seedless variety of green grapes. They were named “Thompson seedless grapes” and became what is known today as the common green grape found in grocery stores and farmers’ markets.

Green grapes are most commonly used as table grapes due to how cheap and abundant they are. What’s more, eating them requires less work than most other fruits. There is no hard outer shell to break, no skin to peel, no pits to remove, and no seeds to spit out.

One of the biggest differences between green grapes vs red grapes is how they’re used. In addition to being eaten fresh out-of-hand, green grapes are also used for:

All About Red Grapes

The red grape is just one of many grape varieties. They contain a dark reddish outer skin and sometimes come with pits. 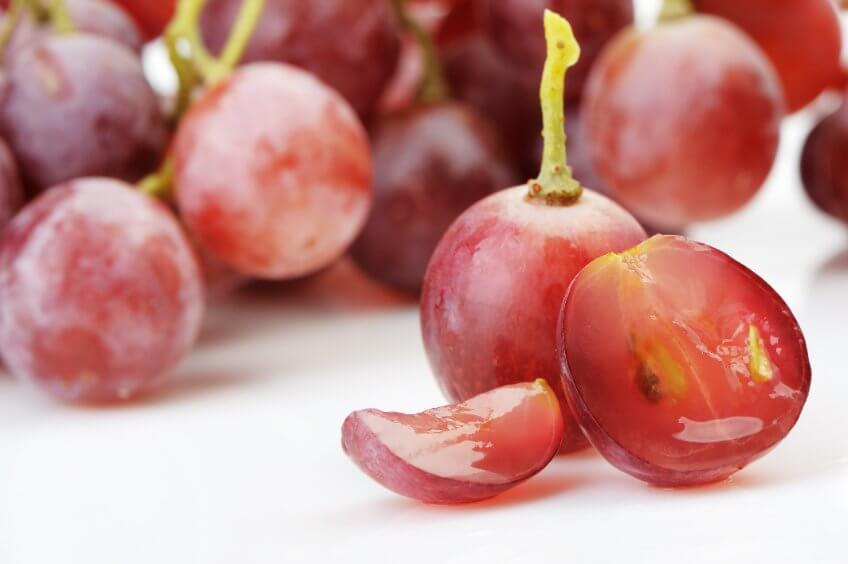 Much like the Thompson seedless grape, the red grape was eventually engineered to be seedless and became what we know today as red seedless grapes.

This was done to meet consumer demand, and it paid off as red seedless grapes went on to become one of the most popular grape varieties among consumers, having a sweeter taste than green grapes, and with none of the bitter tanginess.

Red grapes are delicious enough to enjoy when eaten raw and out-of-hand, but they can also be used:

The table below compares a serving of 25 green grapes with an equal serving size of red seedless grapes:

As you can probably see, the nutritional differences between green grapes vs red grapes are non-existent in terms of calories and macronutrients.

Furthermore, grapes are a good source of certain vitamins and minerals, such as:

Considering the similarities in nutrition, it may not come as much of a surprise that there’s hardly a difference when it comes to the health benefits too.

According to WebMD, eating green grapes can help with weight management, lowering blood pressure, and they even contain flavonoids– a type of antioxidant that protects cells from free radical damage.

Red grapes also come with many of these same benefits, containing antioxidants that can help improve cardiovascular health, according to WebMD.

One of the key differences between green grapes vs red grapes, however, is the resveratrol content.

Resveratrol is a type of antioxidant found in the skin of grapes. It is believed to have many health benefits, such as reducing inflammation and improving heart health. However, studies on its effectiveness are mixed, according to Mayo Clinic, with more research being needed to make that determination.

That said, resveratrol content tends to vary between types of grapes, but the darker varieties of red grapes are known to contain as much as ten times more resveratrol than green, white, and yellow grapes.

Possibly the biggest difference between green grapes and red grapes is the way they taste.

Green grapes are sweet, tangy, and can even be a little bitter if they aren’t ripe enough. Red grapes, on the other hand, have a similar flavor, but they tend to be sweeter and contain none of the tangy bitterness of green grapes.

Grapes of all stripes come with countless benefits and advantages, but one of the most commonly overlooked benefits of both green and red grapes is how long they last.

Both green and red grapes can last in the fridge for about two weeks so long as they are in perforated packaging that allows air to get through. When frozen, they can last up to a year.

In conclusion, there aren’t many differences between green grapes vs red grapes aside from their taste. They each pack a nutritional punch and have much to offer in terms of health benefits and convenience. Red grapes do contain more of the resveratrol antioxidant, but more research is needed to determine its effectiveness before we can count that as an advantage.

All things considered, the real question is: why choose one when you can have both?