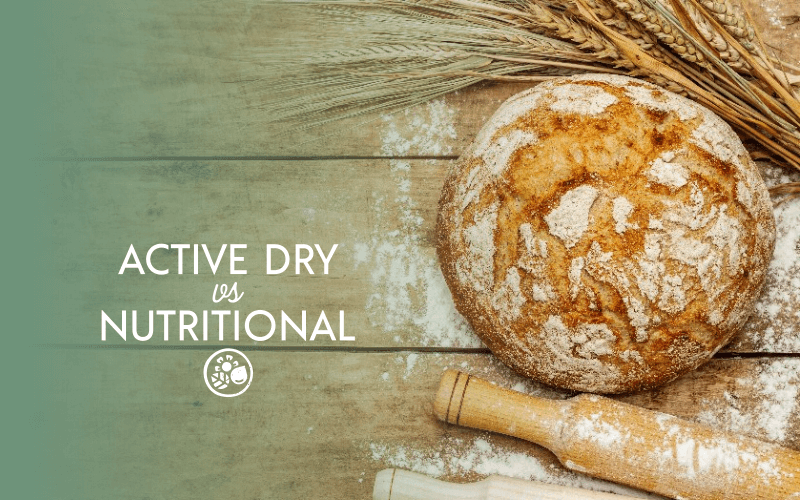 Yeast is one of the most unique and mystifying food ingredients we consume on a near daily basis. There are many different types of yeast, however, and they’re used in different and for different reasons. In this article we’ll be comparing nutritional yeast vs active dry yeast to outline what the differences are between them.

That said, there are several factors that set these two yeast products apart. Let’s have a closer look.

All About Active Dry Yeast

Sometimes referred to as baker’s yeast, active dry yeast is one of many different types of yeast that are used as an ingredient, functioning as a leavener to make dough rise. It comes packaged in glass jars and paper packets as tiny pellets that are a muted cream color. 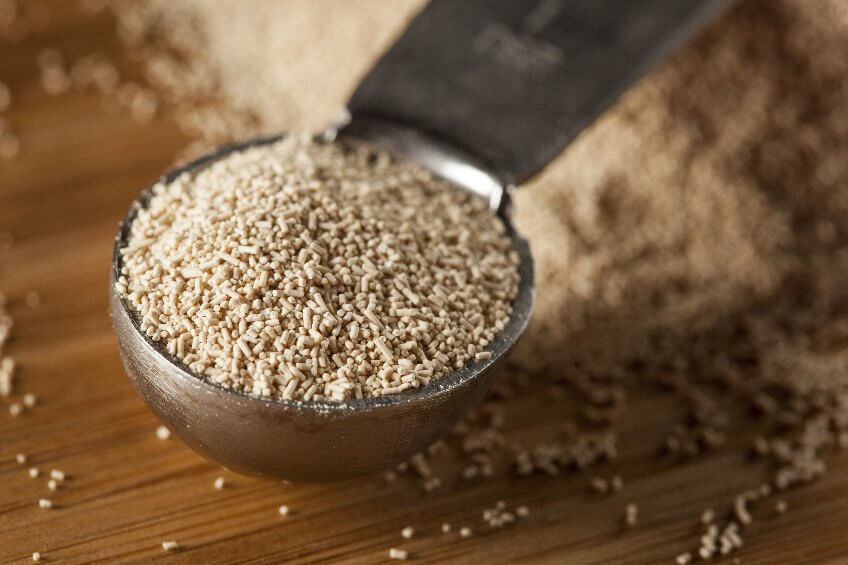 Although it may not appear so, active dry yeast is actually alive (hence the “active” descriptor.) It consists of a single-celled organism that is cultivated on a growth medium. When exposed to sugar, these organisms consume it and produce carbon dioxide gas, which creates pockets of air and bubbles that cause bread to rise when baked. It also plays a role in giving bread a subtle but rich and earthy flavor.

For active dry yeast to work, however, it must be alive. If it has expired or become inactive for any other reason (such as exposure to high temperatures,) then there will be no living organisms to produce all of that carbon dioxide gas. As a result, you will have flat, flavorless bread.

To ensure that active dry yeast is alive, it must be proofed.

How To “Proof” Active Dry Yeast

Proofing is a way of testing your yeast for activity. It involves mixing it with some water and sugar, then waiting 5-10 minutes to see if it bubbles and foams. If it does, your yeast is active and good to use. However, if no foam is formed then it’s likely inactive and should be discarded.

The following video from the “Feast and Farm Cooks” YouTube channel demonstrates how to proof baker’s yeast using water and sugar:

It should be noted that yeast activity can be affected by altitude. Higher altitudes cause yeast to rise 25%-50% higher due to the lower air pressure.

Once opened, the unused portion of active dry yeast must be stored in the refrigerator.

Although active dry yeast is meant to be used as a baking ingredient, some may attempt to eat it raw. This comes with potential risks though.

According to Leaf.tv, active dry yeast is unlikely to cause problems if eaten raw in a small quantity. However, it can lead to abdominal pain. It is also highly toxic to dogs, according to Puppy Leaks.

How About Nutritional Yeast? 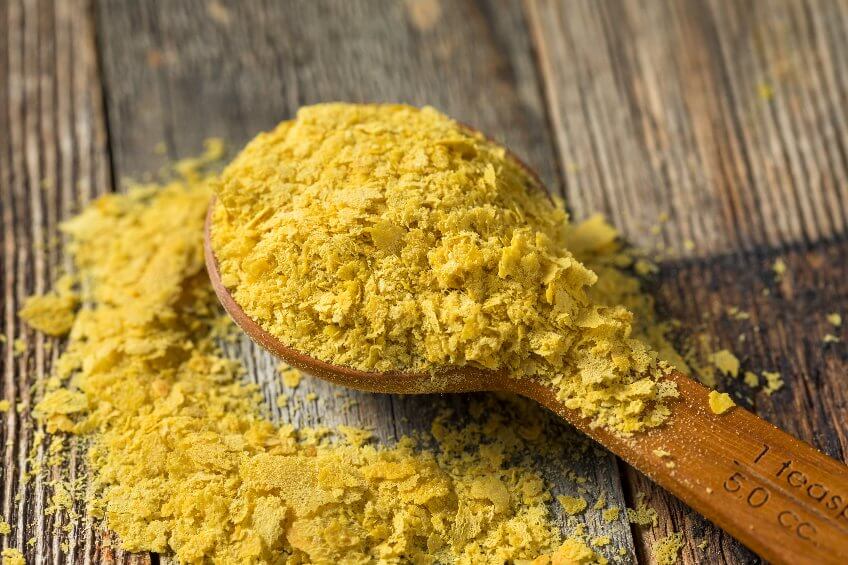 The culturing process takes several days. Once completed, the yeast is exposed to heat, which inactivates it. It is then harvested in flakes that taste like cheese when eaten. The cheese flavor comes from the breakdown of the cell’s protein into an amino acid known as glutamic acid, according to Serious Eats.

It is then packaged, shipped, and marketed as a cheese-flavored seasoning that does not contain dairy.

How To Use Nutritional Yeast

As previously mentioned, nutritional yeast has a flavor that mimics cheese. And since it isn’t dairy-based like cheese is, it is often used as a vegan alternative to cheese.

Some of the ways it can be used include:

Nutritional yeast opens up a world of possibilities for those who enjoy the taste of cheese but want to avoid the sodium, saturated fat, and cholesterol that typically comes with it.

The following YouTube video from the “How Do You Do” channel demonstrates a quick and easy way to use nutritional yeast on popcorn:

Nutritional yeast should be stored in a cool, dark place. It should also be airtight so moisture does not get in.

Unlike active dry yeast, nutritional yeast often comes fortified with vitamins and minerals. In fact, vegans consume it not just as a dairy-free cheese alternative, but also as a source of vitamin B12.

Nutritional yeast also has additional health benefits associated with it, according to WebMD:

That said, it’s not all sunshine and rainbows with nutritional yeast.

Although WebMD classifies nutritional yeast as being safe for most people, it does come with some potential risks. For one, it may trigger headaches in those who experience migraines. Additionally, it may worsen symptoms for those with allergies.

Now that we’ve gone over all of the minutiae of each yeast variety, we can conclude the following:

Regardless of their differences, each type of yeast serves a unique purpose of its own, even if they come from the same organism.