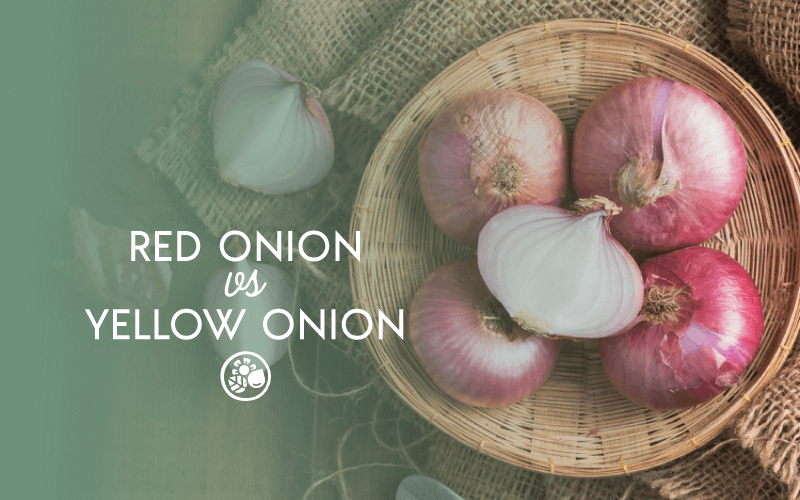 Onions come in many shapes, sizes, and colors. They also have many different uses. If you’ve ever found yourself wondering what the difference is between different types of onions — whether it be their nutritional content or taste — then today you’re in luck. In this article we’ll be ironing out all of the differences between red onion vs yellow onion.

In short, the nutritional difference between red onion vs yellow onion is negligible. What differentiates them is their taste, with red onion having a milder flavor that makes it subtle for eating raw. Yellow onions, however, are preferable when cooking due to their strong flavor and caramelizing effect when heated.

The most obvious difference between red onions and yellow onions is their appearance.

Red onions are, as their name suggests, red. They have a deep purple skin with red flesh and a white core and are sometimes referred to as “purple” onions. 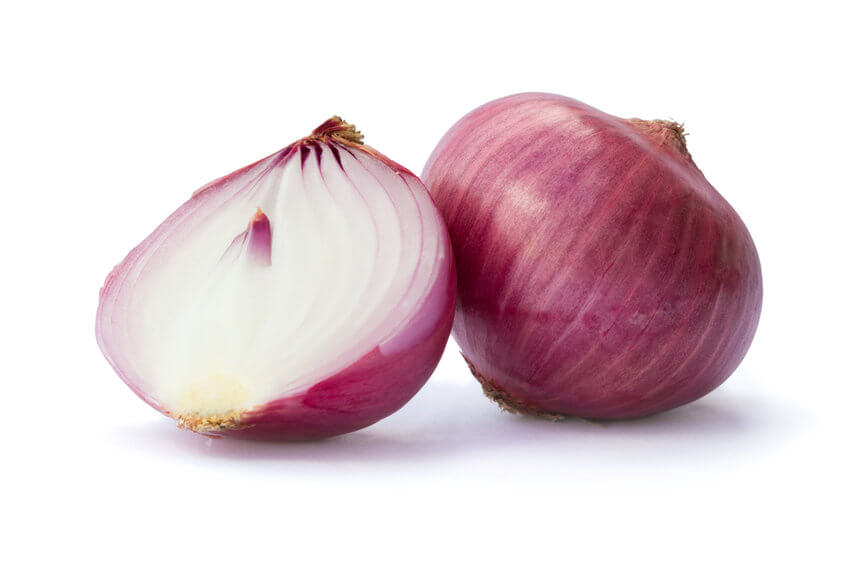 Red onions are bulbous and medium-large in size.

Yellow onions, on the other hand, are yellow or brownish-yellow in color. They have a thin layer of skin that covers light yellow flesh with a white (or sometimes greenish-tinged) core. 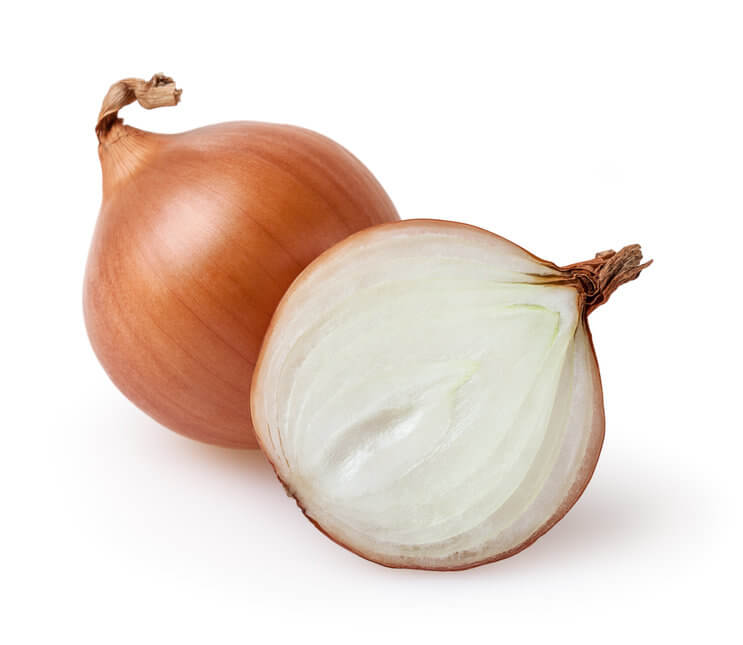 Much like red onions, yellow onions are also bulbous and medium-large in size.

Possibly the biggest difference between red onion vs yellow onion is how they’re used.

Red onions are preferable when eaten raw (or used as a raw ingredient) due to their milder flavor than yellow onions.

Some of the ways in which red onions can be used include:

Yellow onions, on the other hand, have a much more intense flavor and odor, making them less desirable if eating raw. Instead, yellow onions are best when cooked.

Some of the ways in which yellow onions can be used include:

These are just a few examples. Both red and yellow onions can be used in countless ways.

Although they come from the same genus and species, there is a noticeable difference in taste between red onion vs yellow onion.

Red onions tend to be milder and sweeter than yellow onions. This is likely due to the sulfur and sugar content. Cooking red onions will make their flavor even milder, although there isn’t much of a caramelization effect when compared to yellow onions.

Yellow onions, on the other hand, have a sharper flavor that’s perfect for cooking. When heated, they take on a milder sweetness with a savory edge. Yellow onions also caramelize very well, making them ideal for dishes that require roasted or fried onions.

Both red and yellow onions are available year-round.

Mostly grown in the spring through fall months, onions grow best in mild climates with direct sunlight and well-drained soil.

Now that we’ve gone over some of the main differences between red and yellow onions, let’s have a look at how they compare nutrition.

The table below compares the nutrition facts of a 100-gram serving of raw red onions with an equal serving size of raw yellow onions:

As you can see, the nutritional difference between red onion vs yellow onion is negligible at best. Both varieties of onion contain:

According to WebMD, onions contain an antioxidant known as quercetin, which may help fight inflammation and boost immune health.

Some additional health benefits of onions include…

…And many more. These are just a handful of examples.

In conclusion, red onion vs yellow onion is a matter of taste and preference. Both varieties are rich in nutrition and health benefits, and they’re also abundant and cheap enough to be accessible to nearly everyone. So, why choose one when you can try both?