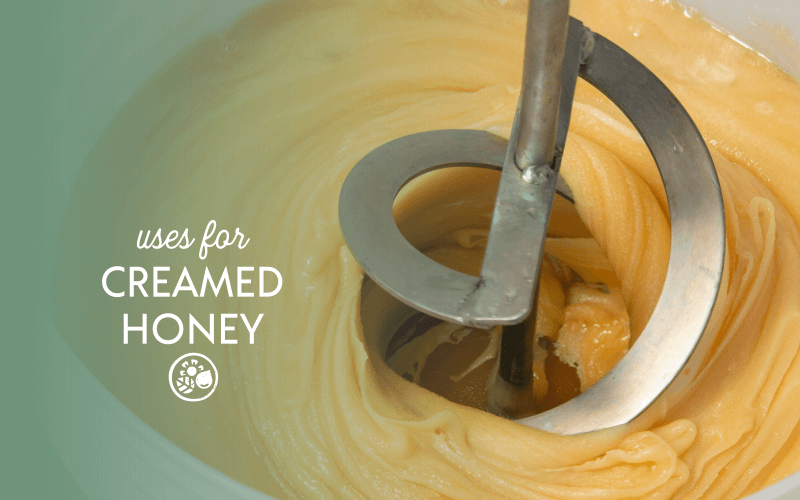 By now we’re all aware of the benefits of honey, whether it be for culinary use or health-related. It comes in many varieties and can be used in various ways. One such variety would be creamed honey, or honey made by whipping liquid and crystalized honey together in a mixer for roughly 20 minutes. In this article we’ll be going over all of the uses for creamed honey for those of you who may be wondering what can be done with this whipped treat. 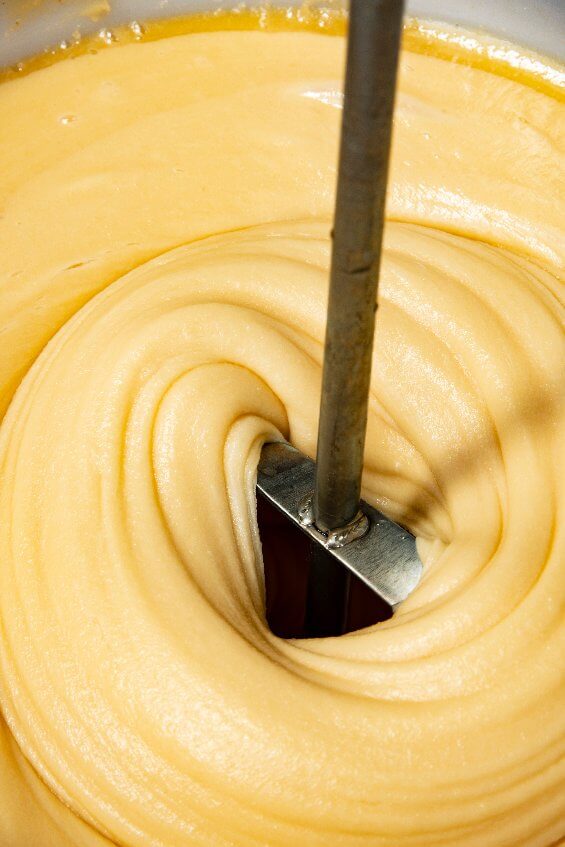 Despite being made of the same ingredient, creamed honey offers versatility that regular honey doesn’t, allowing it to be used in a plethora of ways. Let’s examine.

The culinary benefit that creamed honey offers is its spreadable texture. Regular honey is runny and drippy due to its liquid nature. Creamed honey, on the other hand, is whipped and spreadable.

Thanks to its spreadable nature, creamed honey would make for a great substitute for peanut butter or jam when making sandwiches. And unlike jam, creamed honey doesn’t need to be refrigerated after opening, making it a great option for packing lunches on the go.

2. As A Spread For Crackers And Toast

The spreadable texture of creamed honey also makes it a great option to spread on crackers and toast.

Instead of using butters and cheeses for toast and crackers, you can reduce your saturated fat consumption and boost antioxidant intake by substituting creamed honey instead.

3. A Dip For Fruits And Veggies

One of the many uses for creamed honey would be as a dip for fruits and veggies.

Not only is creamed honey spreadable, but it also works great as a dip thanks to its whipped texture. Creamed honey can be used as a substitute for caramel for dipping fruits and veggies in.

You won’t be sacrificing any sweetness, but you will certainly be adding antioxidants and even some medicinal properties if Manuka honey is used.

4. Added To Teas And Hot Beverages

We’ve all probably had tea with honey at one point or another, whether it be for cold relief or simply as a treat, but did you know that creamed honey can be added to hot beverages as well?

Much like regular honey, creamed honey can be used as a natural sweetener for teas, coffees, and even hot cocoa. It should be noted, however, that creamed honey reverts back to its liquid state when heated.

5. A Filling For Cakes And Pastries

The spreadable nature of creamed honey allows it to be used in many ways that regular honey cannot. One of those uses is as a sweet filling for layer cakes and pastries.

Much like whipped cream or buttercream, creamed honey can be used as a substitute for cake and pastry fillings. 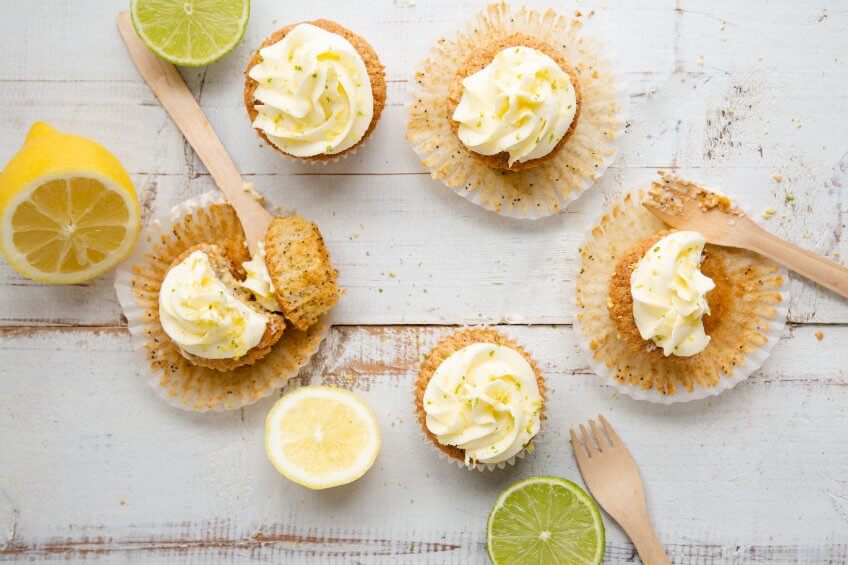 If you like the taste of honey then you’ll love how it tastes when creamed and used as a frosting for your favorite baked desserts.

One such example would be Russian honey cake— a cake recipe that utilizes whipped-style honey as a filling.

Traditional cake frosting contains lots of sugar, saturated fat, and is often made from refined vegetable oils. Opting to use creamed honey to frost cookies and cupcakes allows you to avoid the bad fats and refined oils.

Creamed honey does contain sugar, but it also packs antioxidants, which traditional cake frosting has none of.

Looking to add a little sweetness to your baked beans? Creamed honey has you covered. Simply grab a spoonful and add it to the boiling pot. Not only will it add flavorful sweetness, but it’ll also thicken up the texture depending on how much you use.

No need to fret if you’re concerned about the creamed texture causing your baked beans to emulsify though, as creamed honey will break down into a liquid state when heated.

8. As A Marinade For Ham And Salmon

By now it’s hardly a secret that honey works great as a marinade for glazed ham, but creamed honey may even be better.

This is because creamed honey is more spreadable and therefore easier to distribute across the entire surface area of the meat. And seeing as how it’s virtually the same thing as regular honey from an ingredients point of view, the finished ham won’t taste any different than it would’ve if regular honey were used.

If you’re feeling a little more creative, you can even use creamed honey as a marinade for baked salmon. The honey glaze adds sweetness and helps the meat retain its juiciness.

9. A Topical Treatment For Wounds And Burns

The uses for creamed honey aren’t just limited to the kitchen. Honey also comes with health benefits that make it effective as a treatment for certain ailments.

According to Mayo Clinic, honey can be used as a topical treatment for burns and wounds, and may even help them heal faster.

The benefit of using creamed honey instead of regular honey is that its spreadable nature makes it easier to distribute over the affected area without it running and dripping.

Another medicinal usage for honey may be as a cough suppressant.

Certain types of honey — namely eucalyptus, citrus, and labiatae — may work as a cough suppressant for those with upper respiratory infections, says Mayo Clinic.

To reap this benefit you’ll have to use one of the aforementioned honey varieties when making your creamed honey. Then, you can enjoy it in any of the culinary ways we’ve gone over thus far.

In conclusion, the best uses for creamed honey are those that make good use of its spreadable nature. Whether it be as a dip, spread, frosting, or even a wound treatment, creamed honey has much to offer.