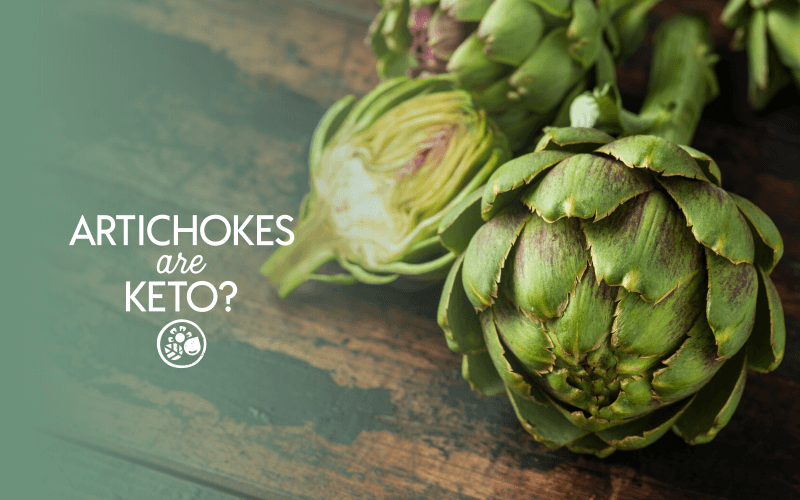 We’ve all been there: you start an exciting new diet or food plan, and suddenly every single food you come across is suspicious. If you’ve chosen to go keto, your inner monologue might sound something like “does this fit in my macros for today? Is this really sugar-free? How many grams of carbohydrates does this meal have?” Perhaps you’ve visited a restaurant and anxiously scanned the menu, overwhelmed by the multitude of options and unsure what you can order. “This dish looks delicious. Tomatoes, onions, peppers, cheese…wait, artichoke hearts are keto, right?”

If you’ve never heard of the ketogenic diet (usually referred to simply as “keto”), it is a popular eating plan that focuses primarily on consuming high amounts of fat while greatly restricting daily carbohydrate intake.

While this diet was originally developed as a treatment for children with epilepsy, keto has become especially favored by the bodybuilder and athlete communities. 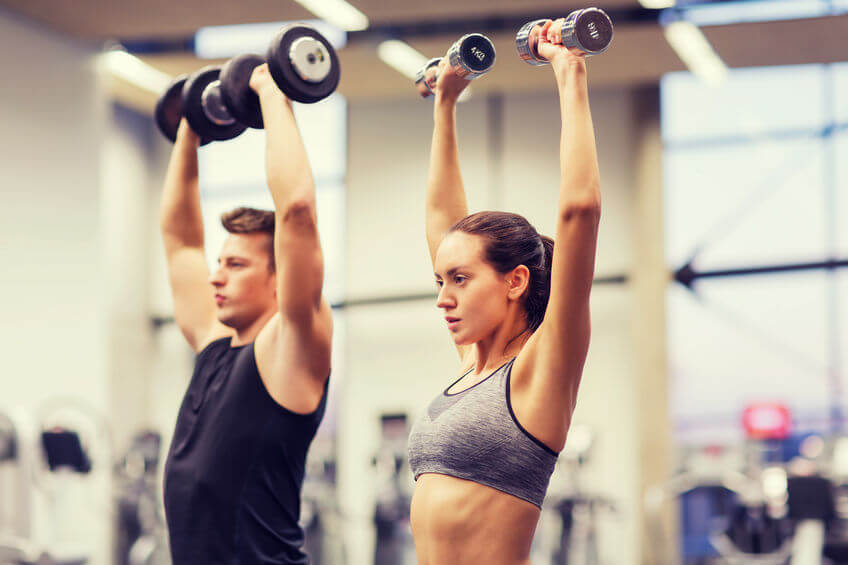 Recently the keto diet has experienced an increase in popularity due to the fact that many people have had great success with weight loss while following this diet.

Essentially, the goal of “eating keto” is to move your body away from its usual fuel, carbohydrates, and force it into using fat for fuel instead. In order to achieve this (a state known as “ketosis”), it is necessary to greatly restrict carbohydrate intake and instead focus on eating large amounts of fat and moderate amounts of protein. This is where artichoke hearts come into question.

Once the body reaches a state of ketosis, it begins to burn fat—and not just fat from dietary intake, but also the fat stored in the body. This fat-burning process makes it a very favorable method of weight loss.

Foods to Eat on a Keto Diet

If you’re just starting out on your keto journey, it may be tempting to think that this is a diet that allows you to eat nothing but massive amounts of junk food.

While it is true that you can eat many foods on the keto diet that traditional “low-fat” dieters cannot, it is still wise to eat a variety of foods to assure your body gets the vitamins and minerals it needs. Just eating mounds of bacon and cheese will not satisfy your body’s nutritional needs for very long.

Many keto dieters focus their meals around full-fat dairy products (such as cheese, butter, and cream), nuts and seeds, fatty fish, meats, non-starchy vegetables; and yes, even artichoke hearts!

Wait, What About Fruits and Veggies?

This is an area where keto dieters need to be especially careful, as all fruits and many vegetables are especially high in carbohydrates.

The list of vegetables to avoid includes root vegetables (such as carrots, turnips, parsnips, and beets), tubers (potatoes, sweet potatoes, and yams), and starchy vegetables (corn, peas, beans, and other legumes.)

While there are some vegetables that need to be avoided to successfully achieve ketosis, there are also quite a few that are encouraged on this diet.

Avocados are one of the most popular, both for their mild flavor and their versatility.

Artichokes Are Keto…and They Have Hearts? 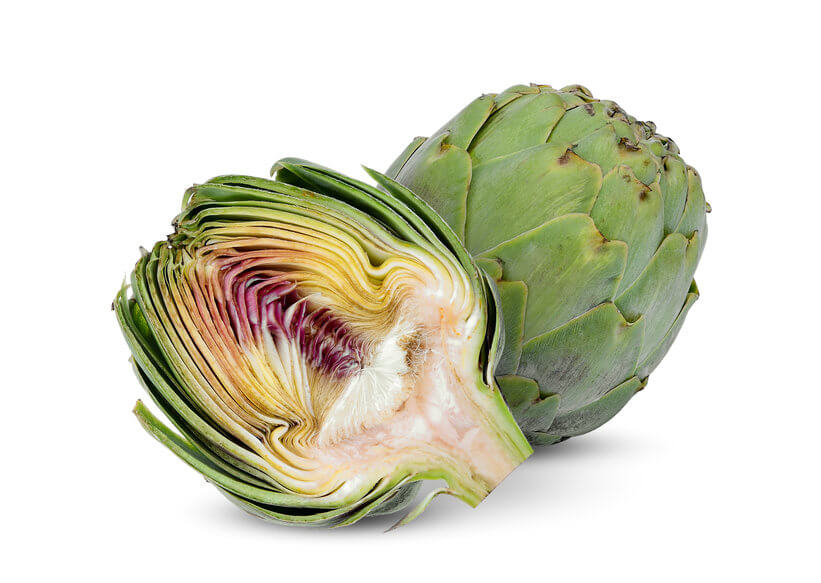 While they are generally recognized as a vegetable, artichokes are actually a thistle.

That’s right; the green, thorny plant we eat as mixed into delicious cheesy dips or as a pull-apart appetizer is a large flower bud, picked before it is allowed to bloom. (If the artichoke bud were left on the plant to grow, it would become a stunning blue-violet flower that can grow over six feet wide and three feet tall!)

At the very core of an artichoke, past the thorny petals, above the thick stem is what is referred to as the “heart.” 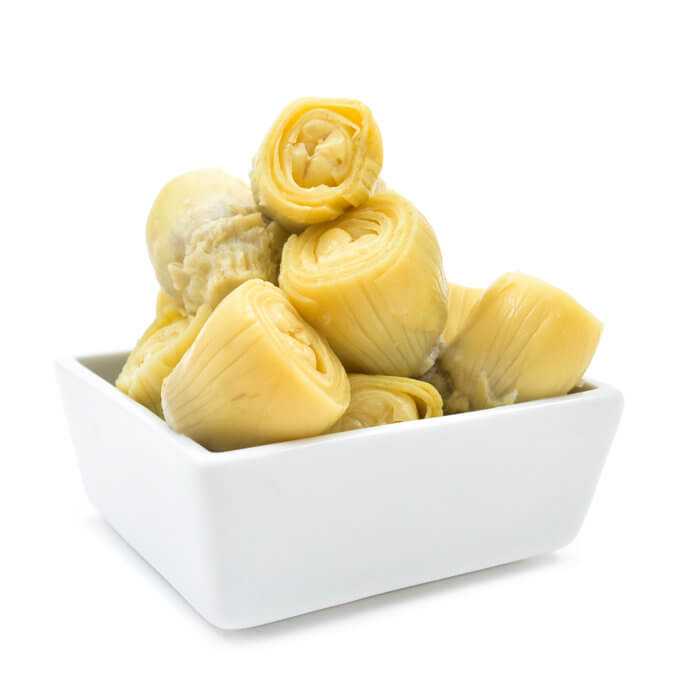 In order to access the heart, you’ll have to scrape off the inedible hairy fuzz, or “choke” that tops it.

Once the heart is free of the petals and choke, it’s ready to be eaten! It can be cooked into a variety of recipes or simply eaten raw; either way you’ll appreciate its bright, tangy flavor and buttery texture (which can be compared to that of an eggplant.)

As it can take quite a bit of work to trim an artichoke down to the heart, a much easier alternative is to buy artichoke hearts that have been pre-processed. Depending on your grocery store, you may find them canned in water, jarred (in oil or marinade), or in the frozen food section.

While technically every part of the artichoke bud could fit into a keto diet, the most low-carb part of the plant is the heart. Eating the petals of an artichoke could potentially push your macros out of order, but artichoke hearts are keto—coming in at somewhere around 3g of carbohydrates per serving!

This versatile food is well worth adding to your meal plan rotation. Not only can artichoke hearts be roasted, fried, or eaten straight from the jar, you can also use them to make
delicious dips, soups, and even sauces for your favorite low-carb keto pasta.

Artichokes and their hearts are also very nutritious, according to the Artichoke Advisory Board in California (where 99.99% of artichokes are grown in the United States.)

They’re low calorie, a good source of vitamin C, folate, and magnesium, and one medium artichoke has more dietary fiber than an entire cup of prunes!

Artichokes also have more antioxidants than any other vegetable, according to the US Department of Agriculture. These alien-looking “vegetables” are nutritious, delicious, versatile, and best of all—artichoke hearts are keto.

No matter how you decide to buy them, prepare them, or eat them, artichokes (and their hearts) are a healthy and tasty addition to any diet.

Try them parmesan crusted, oven roasted, or better yet—mixed into a delicious, cheesy, keto spinach artichoke dip. Since artichoke hearts are keto, you won’t regret adding them to your meal plan rotations!