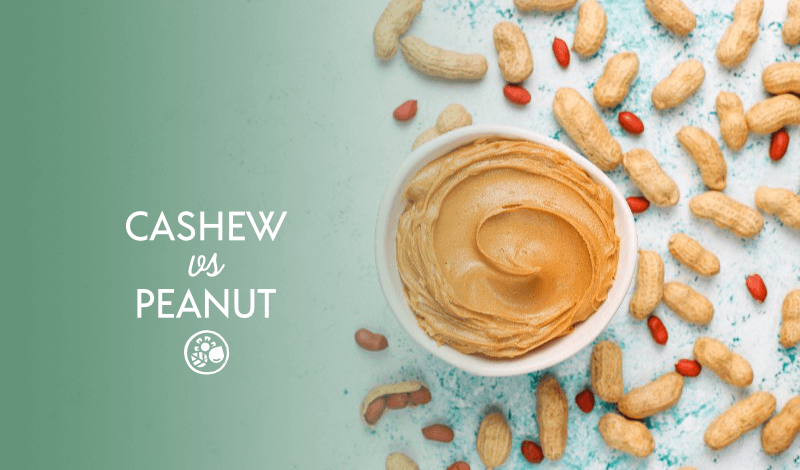 Both cashew and peanut butter are tasty, nutritious spreads that offer countless uses and have plenty of benefits. If given the choice, however, is one more nutritionally advantageous than the other? In this article we’ll be answering that question as we compare cashew butter vs peanut butter.

Let’s delve a little deeper into the details.

Cashew butter is a nut butter variety that is made from cashews rather than the more commonly used peanuts and almonds. It is lighter in color than peanut butter and has more of a mildly sweet flavor. 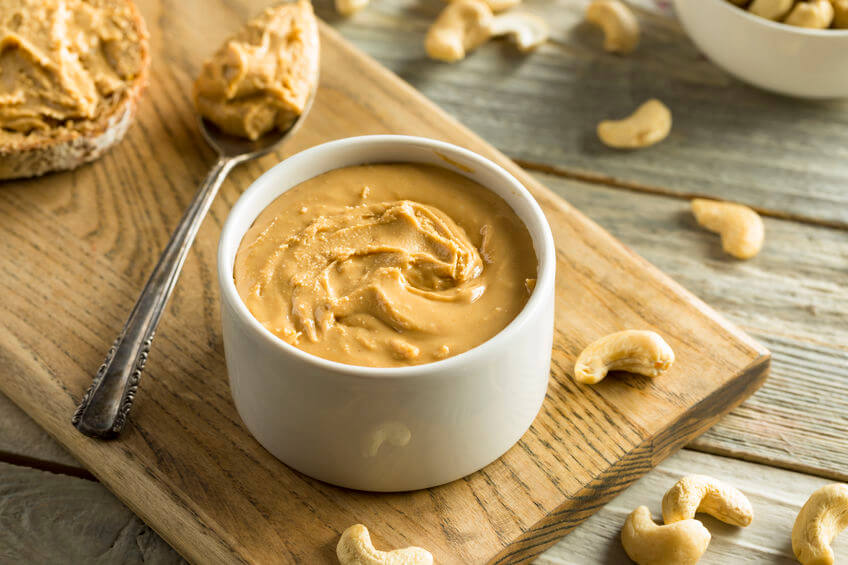 Most cashew butters are made from roasted cashews. However, raw cashew butter does exist. For the sake of this article we will be focusing on the roasted variety as it is the most widely available and commonly consumed variety.

Peanut butter is a classic staple in nearly every Western household. Made from roasted peanuts that have been crushed into an oily paste, peanut butter has countless uses. 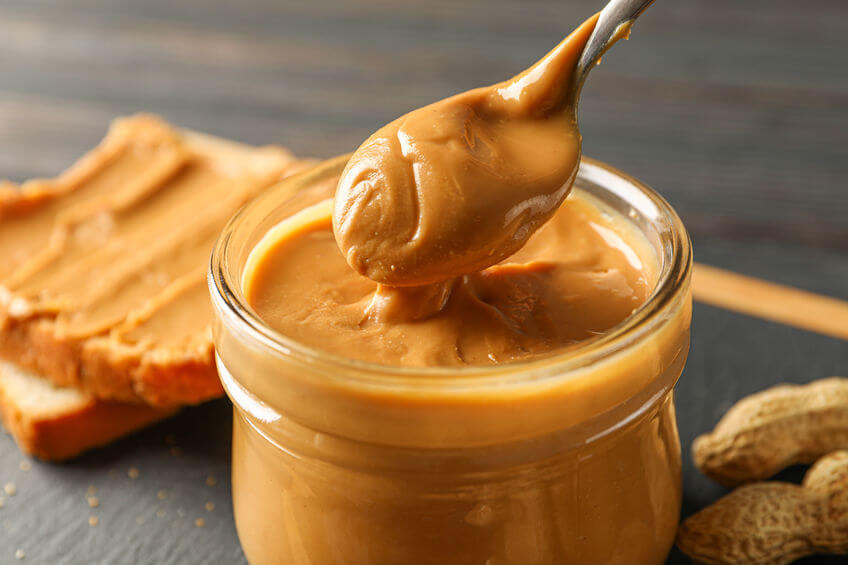 Additionally, peanut butter comes in many different varieties. Two of the more popular varieties, however, are “natural” peanut butter and peanut butter spread, such as Skippy or Jiff. It’s important to make a distinction between the two.

Peanut butter that is truly natural will only have peanuts and salt listed as ingredients on the label.

It comes with peanut oil floating at the top of the jar that needs to be stirred in to create a creamy consistency. Once stirred, placing it in the refrigerator will help it stay emulsified and not dry out.

When most people refer to peanut butter, they’re likely referring to a peanut butter-like spread. Some of the more popular brands include Skippy and Jiff.

The difference here is that these peanut butter-like products have added ingredients, such as sugar and hydrogenated vegetable oil. These ingredients are likely added to enhance flavor and prevent the oil from separating.

For clarification, in this comparison of cashew butter vs peanut butter we will be focusing specifically on the “natural” variety of peanut butter. That is, peanut butter made only from peanuts and salt.

Now that we have an introductory understanding of these two nut butters and what their practical differences are, let’s have a look at how they differ nutritionally.

The table below compares the nutrition facts labels of a single serving of the 365 by Whole Foods brand of cashew butter — the most-reviewed cashew butter product on Amazon.com — versus an equal serving size of Smucker’s Natural Creamy peanut butter:

As you can see, both cashew and peanut butter has a lot in common nutritionally:

That said, they do have some differences between them that are worth noting.

One of the biggest advantages peanut butter has over cashew butter is that it contains more fiber per serving.

Fiber is an indigestible carbohydrate that the body uses to remove waste. Fiber consumption is associated with many health benefits, according to Mayo Clinic. This includes (but is not limited to) regulating bowel health, lowering cholesterol, and helping control blood sugar levels.

When opting for peanut butter over cashew butter, you’ll enjoy the benefit of consuming roughly three times as much fiber, as a 2-tablespoon serving contains 3 grams of fiber, compared with the <1 gram in cashew butter.

Another advantage peanut butter has over cashew butter is that it contains less net carbohydrates.

This creates a distinction between carbs that cause blood sugar levels to rise versus those that do not, which may be of interest if you are following a low-carb or “keto” diet.

In this comparison, peanut butter contains only half the net carbs of cashew butter, clocking in at 4 grams and 8 grams respectively.

Possibly the greatest advantage peanut butter has over cashew butter is its protein content.

Made up of amino acids, protein is an essential macronutrient that plays a role in building and repairing muscle tissue, among many other purposes it serves.

Those following plant-based diets tend to have difficulty finding protein sources to add to their diet, as the foods that contain the most protein are usually animal-based.

Nut butters make for an excellent source of plant-based protein, but as we went over in a previous article, protein content can vary. This is particularly true when comparing cashew butter vs peanut butter, as peanut butter packs double the protein per serving.

The only nutritional advantage cashew butter appears to have over peanut butter, as far as nutrition facts go, is that it contains more iron.

An essential mineral, iron helps transport oxygen through the blood. Iron also plays a role in making hormones, growth, and development, according to Mayo Clinic.

While neither nut butter is a spectacular source or iron, cashew butter clearly has an advantage here, as a single 2-tablespoon serving will provide you with 10% of the daily value for iron.

Peanut butter, on the other hand, contains a meager 2% DV for an equal serving size.

Cashews Are Higher On The Glycemic Index Than Peanuts Are

Foods with a GI of 55 or below are considered “low GI”. Medium GI would be between 55 and 70, and anything over 70 is considered high GI.

According to the Nuts For Life website, cashews have a GI of 25, whereas peanuts have nearly half that with a GI of 13.

It should be noted that these numbers represent the nuts themselves and not the butter made from them. If ingredients are added and/or removed, these numbers can change.

That said, neither nut is particularly high on the glycemic index, but peanuts do have a significant advantage here. This could be useful to know if you plan on combining with other foods, such as jams and breads.

How About Added Ingredients?

The final difference we’ll touch on between cashew and peanut butter is the ingredients list.

Of the products we surveyed, cashew butter contains:

Peanut butter, on the other hand, contains:

It should be noted, however, that ingredients can vary widely by brand. Be sure to always check the label so you can know for sure.

As it turns out, the differences between cashew butter vs peanut butter are minimal. Aside from a few modest nutritional disparities, they are both very similar. Each makes for a tasty and nutritious spread or topping. The only consideration worth making when choosing between the two might just be flavor.