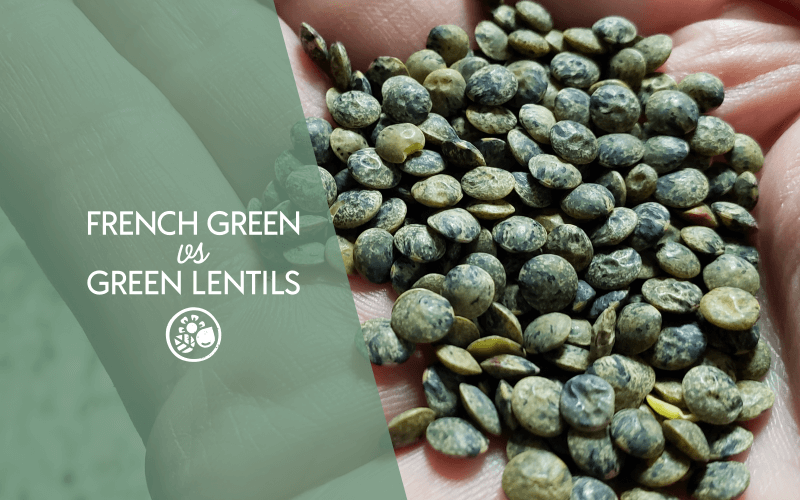 Lentils should be a staple for any athlete or gym rat who wants to meet their daily protein needs while following a plant-based diet at the same time. And if you’re also trying to stick to a low-carb regimen in addition to that, lentils are still a great choice. They’re a versatile food that can be used in many dishes, soups, and spreads, and they can be made into various other types of food products like baked snacks and pastas. Lentils come in a variety of different shapes, sizes, and colors though, and not all made the same. The two types we’ll be comparing in this post are French green lentils vs green lentils. They seem similar upon first impression, but they have differences that are pretty significant and should be taken into consideration when planning your meals. 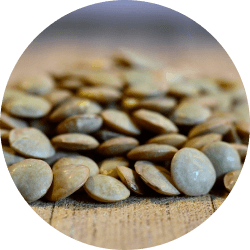 Green lentils are large seed-like legumes that grow in pods. They’re typically three times larger than French green lentils and, although can be a faded earthy brown-green at times, seem to have more a green appearance than their French counterpart.

Green lentils are more common in standard Western cuisine. If you’ve ever had lentil soup, a salad with lentils, or any other kind of dish that uses lentils as an ingredient, chances are they were either green or brown lentils (brown lentils are just a more ripe variation of the green lentil.) 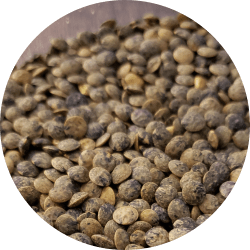 French green lentils are a smaller, more firm variation of lentil that tend to have a more pale, spotted color with a slate-like appearance. They almost look like tiny pebbles that you’d see at the bottom of a fish tank.

French green lentils are sometimes referred to as “Le Puy green lentil.” In fact, the term is protected in the European Union and may only be used to describe lentils that originate in the Le Puy region of France. They’re often confused with Puy lentils, which are a variation of the French green lentil that grows in the rich volcanic soil in Puy.

There’s various different factors to consider when determining the differences between the two legumes. How do they stack up nutritionally? What about taste? How about preparation and all of the different dishes they can be used in? Let’s examine this a little closer.

There’s a very big difference between French green lentils vs green lentils when it comes to nutrition. They both have roughly the same amount of fiber, but that’s about all they have in common.

The biggest discrepancy between the two legumes would have to be calories. 1 cup of green lentils has 230 calories, whereas the same quantity of French green lentils has nearly double at 440 calories. This is something you may want to consider if you’re trying to restrict your caloric intake. 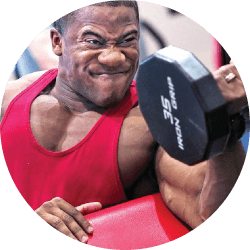 Another big difference between the two would be their protein content. Green lentils have roughly 18 grams of protein per cup, whereas their French counterpart have double the protein at 36 grams! If you’re a plant-powered athlete looking for the most protein you can get for recovery from your workouts, French green lentils would be the way to go. In fact, French green lentils have the second most protein per calorie of all lentils!

Not only is there more protein in French green lentils vs green lentils, but there’s also more carbs. A single 1 cup serving of green lentils has 40 grams of carbohydrates, whereas the French green variation has a whopping 72 grams! This is a very important factor for those of us who follow plant-based low carb diets.

The difference in taste between the two legumes is another thing that sets them apart as two very different breeds of lentil. Green lentils are known for their mild peppery taste, whereas French green lentils also have a peppery taste, but it’s more intense.

I’ve tried them both personally, and green lentils tend to be more mild, which would make them a better option for someone who may be new to lentils and wants to try them out for the first time. French green lentils are certainly not for everyone. If you’re into a strong, earthy, peppery flavor then they may be worth a try.

Cooking instructions are the same for both. Place 1 cup of lentils in 3 cups of water and bring it to a boil. Once boiling, reduce to low, cover the pot, and let simmer for 15-20 minutes.

Which Lentil Is Best For You?

Determining the best lentil variation for you is based on your own personal needs.

If you’re an athlete who is trying to improve strength and increase muscle mass, you’ll probably be better off with French green lentils because of how much protein they pack compared to green lentils.

If you’re trying to consume a reduced calorie diet as a way of managing your weight, it makes sense to go with the option that gives you the largest volume of food for the least amount of calories, which would be green lentils.

If you follow a plant-based low carb diet like I do and you want to keep your carbohydrate intake as low as possible then you’re better off going with regular green lentils.

If you’re trying to spice up a bland dish then you’d have an easier time accomplishing that with French green lentils. However, if you’re preparing a standard Western cuisine for guests who may not be accustomed to the exotic flavor of French green lentils, the plain green variation might be a safer bet.

One last thing to consider when comparing French green lentils vs green lentils is availability. Here in the United States they’re pretty difficult to come by. You’ll likely have to go to a specialty store or pay your local Whole Foods a visit.