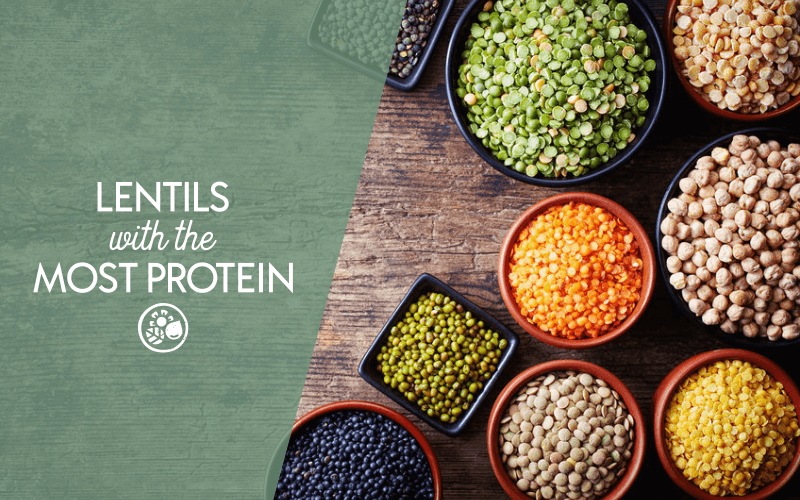 Finding sources of plant-based protein can be challenging for those of us who aim to limit our intake of animal products. Eliminating meat, dairy, eggs, and poultry typically means a lot of those protein-dense sources of calories are displaced with fruits, vegetables, grains, nuts, and seeds; all of which tend to be higher in carbohydrates and fats, but lower in protein. However, there are exceptions, one of which is the lentil. Lentils are an excellent source of plant-based protein, and in this post we’ll be breaking down which lentils have the most protein so that you can make the choice that best fits your dietary needs.

Long story short, Puy lentils wins by a small margin, but there’s other factors you may want to consider as well. Let’s dive in.

Lentils are small seed-like legumes that grow in pods. They’re packed with protein, high in fiber, low in fat, and relatively low in net carbohydrates, making them an absolute staple for anyone following a plant-based low carb diet.

Lentils can be cooked by boiling and eaten alone, as a side dish, or as an ingredient in various soups and stews. There’s also a wide variety of lentil-based products available on the market, like lentil pasta, lentil chips, and sprouted breads made with lentils.

Which Lentils Have The Most Protein?

Getting enough protein can be challenging if you’re following a plant-based diet, especially if you do any kind of resistance training. Lentils are a great solution if this describes you because they tend to be significantly higher in protein than other whole plant foods.

Not all lentils are created equal though. They come in a variety of shapes, sizes, and colors. Below you’ll see a table with a breakdown of all the different types of lentils and how they stack up nutritionally. They are ranked from top to bottom based on which lentils have the most protein. 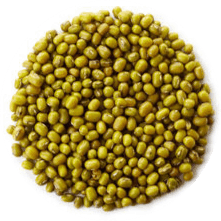 French lentils are similar to green lentils, only they’re slightly smaller, darker, and hold their shape better. Puy lentils are a variety of French green lentils that have been grown in the rich volcanic soil of Puy in central France.

As you can see in the table above, both Puy lentils and French green lentils have the most protein, coming in at a tie with 36 grams of protein per cup. However, Puy lentils have 40 less calories per cup, meaning they have more protein per calorie than their French counterpart. They also have fewer carbs, making them more compatible with a low carb diet. 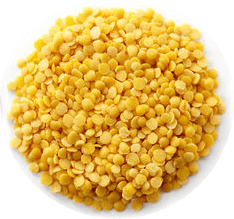 Yellow lentils are hulled and split Moong beans that are most commonly used in India as dal. These are my favorite lentils personally because they don’t have that peppery vegetable taste that green lentils have. They also have a mashed potatoes-like consistency if you cook them right. Add in some olive oil and salt and you have a delicious protein-packed dish.

As far as nutrition goes, yellow lentils come in third place with 0.0796 grams of protein per calorie. They’re also relatively low in calories and carbs when compared to other types of lentils. They may not have as much protein, but the great taste and low caloric content may be a trade off worth considering. 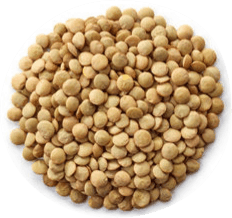 Brown lentils are the most common types of lentils used in cooking. These are the lentils that are typically found in lentil soup and other types of Western cuisines that utilizes them as an ingredient. If you’ve ever ordered something in a restaurant that contains lentils, chances are they were brown lentils.

Brown lentils are very mild in flavor, making them a great first-time lentil for someone who just wants to try lentils for the first time and isn’t sure if they’ll like them.

Nutritionally-speaking, brown lentils are middle-of-the-pack with 18 grams of protein per cup, which might be a worthy trade off if you don’t like the taste of other lentil types. Regardless, it’s still an excellent source of protein compared to other plant-based foods. 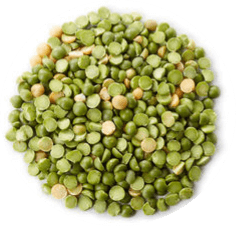 Green lentils are an earthy green (sometimes brown) variation of lentil. These tend to have a peppery taste and maintain a firm texture after being cooked. They have a lot in common with brown lentils. In fact, green lentils are essentially brown lentils that haven’t turned brown yet. This does seem to affect the taste though. Green lentils do have more of a lively vegetable-like taste by comparison.

Green lentils are virtually identical to brown lentils as far as macro-nutrient breakdown goes, packing 17.9 grams of protein per cup. So if you’re wondering whether you should order green or brown lentils with your next meal, it doesn’t matter as far as protein goes. Take your pick! 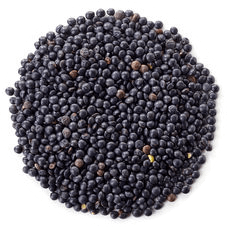 Black lentils (also known as “Beluga” lentils) are smallest in size and maintain their firm shape and texture more so than other varieties. They tend to have the deepest, most earthy rich flavor. Originating in India, black lentils are a little more difficult to come by in traditional Western culture. They tend to be used most frequently in Punjabi cuisine.

Although black lentils have the least amount of protein per cup, they also have the fewest calories and the fewest carbs of any lentil type, making them a great option if you’re trying to scale back on your calories. Assuming you can find them at your local market, that is. 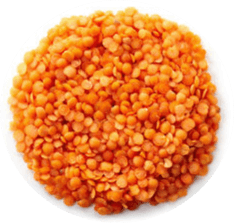 Red lentils are very similar to yellow lentils in that they break down into a mushy texture quite easily, but they have a somewhat sweeter taste. Much like their yellow counterpart, they’re commonly used in Indian cuisine as dal and in various other Middle Eastern dishes. They’re not too uncommon in Western culture though and you shouldn’t have much of a problem finding them at local markets if you look hard enough.

Of all the different types of lentils, red lentils have the least amount of protein per calorie. However, they are low in calories and carbohydrates by comparison, and their delicious taste is a trade off worth considering.