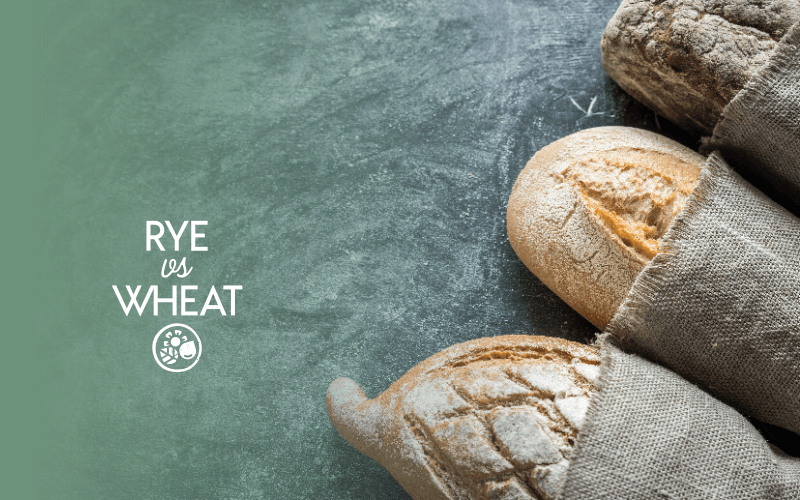 There is no shortage of bread varieties available on the market for those looking for alternatives to plain old white bread. Two such varieties would be rye bread and whole wheat– each of which is made with slightly different ingredients than white bread and come with different nutritional implications as well. In this article we’ll be going over all of the differences between rye bread vs whole wheat bread so you can compare and decide for yourself.

Let’s have a closer look at these details.

Rye bread is a type of bread that is made using portions of rye flour as opposed to traditional white bread which utilizes white flour entirely. 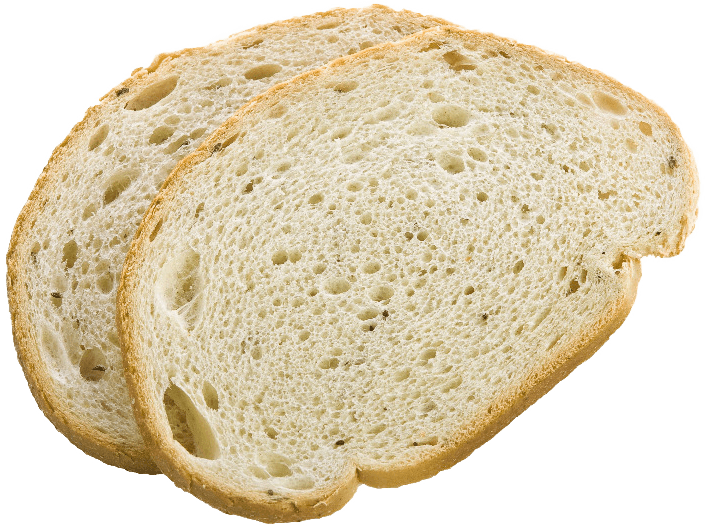 The rye flour used to make rye bread is essentially ground rye seeds that have been hulled and milled. Rye flour is usually used in addition to wheat-based flour when making rye bread.

Additionally, caraway is used as an ingredient and is responsible for giving rye bread its distinct flavor.

Caraway is a type of seed (although technically a fruit) of the caraway plant and is often used as a spice due to its unique flavor. The elongated, dark brown seeds commonly found inside of rye bread aren’t actually rye seeds but rather caraway.

Rye bread is most commonly used to make deli sandwiches, toasted with butter spread, and served with corned beef and cabbage. However, it can be used in all of the ways traditional bread is.

Whole wheat bread is a type of bread that is made using ground whole wheat flour. 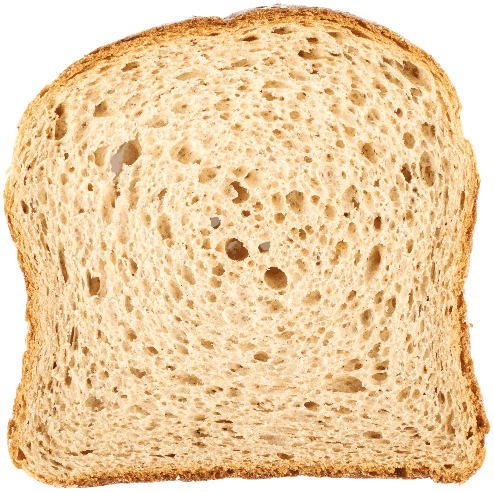 Unlike white bread, which is made using refined white flour, the flour used to make whole wheat bread contains the entire wheat grain, including the germ and the bran.

Because of this, whole wheat bread contains more fiber, protein, and minerals than traditional white bread, which just uses a refined flour that has been stripped of many nutrients.

Let’s have a closer look at how rye bread compares with whole wheat bread, starting with the nutrition facts of each.

As you can see, the nutritional contents of these two bread types are nearly identical.

That said, rye and whole wheat breads are also similar in what they lack:

Consumers usually opt for alternatives to white bread, such as rye and whole wheat, because they’re seeking a healthier option.

According to Cleveland Clinic, 100% whole wheat bread can help reduce the risk of stroke, diabetes, heart disease, and more.

Likewise, the health benefits of rye bread are similar to that of whole wheat bread. This is due to how similar they are nutritionally. Benefits include improving heart health, assisting with digestion, and more.

One key area of difference between rye bread vs whole wheat bread would be their Glycemic Index rating, or “G.I.” for short.

The Glycemic Index is a scale from 1 to 100 that ranks foods based on how much they spike blood sugar, which can be a useful tool for diabetic patients. The higher the number, the greater the blood sugar spike. A lower number means a lesser spike in blood sugar.

For those looking to avoid High-GI. foods, the truth is that neither rye bread nor whole wheat bread are great options. Rye bread does have a slight advantage here as it tends to have a G.I. ranging anywhere from 56 to 69, whereas whole wheat bread clocks in at 71, putting it on par with regular white bread.

Gluten is a type of protein found in cereal grains such as wheat and rye. Those with Celiac disease must avoid gluten due to a digestive and immune disorder that prevents them from properly metabolizing gluten-based foods.

Anyone seeking to avoid gluten consumption should steer clear of rye and whole wheat bread altogether, as each is made using the cereal grains that contain it.

The biggest difference between rye bread and whole wheat bread is their taste.

Rye bread is unique in that it has a more distinct flavor than other types of bread. This is due to its caraway content, which gives it a licorice-like taste.

The final consideration to make when choosing between these two bread types is their safety around our four-legged friends.

According to Rover.com, rye bread is not known to be toxic to dogs and may be okay in moderation. However, some dogs may have wheat allergies that make them sensitive to it.

The same can be said for whole wheat bread, which can be safely consumed by dogs in moderation, says American Kennel Club.

In conclusion, the most significant difference between rye bread vs whole wheat bread is their taste. They each have too much in common nutritionally for there to be any meaningful difference.

Rye bread would be ideal for those seeking a bread with more flavor, whereas whole wheat would be best for those who prefer a more neutral taste.